A great day for our purple and white stars

When four of our horses go to the races the expectation is that several at least will be especially competitive, but when all four win, it’s certainly a very memorable day. Such was that case on Saturday when our four runners won at Royal Randwick, Caulfield, Doomben and the Gold Coast.

MERIMEE was first off the mark with a dominant win at Doomben over 1,350 metres. The daughter of Winning Rupert settled at the rear of the field and jockey Ron Stewart took her widest of all in the home straight to display a scintillating turn of foot overtaking the field and winning by over 2 lengths.Next up was VIRTUOSITY at the Gold Coast and the race panned out much the same as the 3 year old filly moved from the rear of the field down the centre of the track to break her maiden over 1,800 metres. She won in such a style that would suggest there are loftier aspirations for the daughter of American Pharoah (USA).James McDonald ensured that he was not to be outdone by his interstate counterparts as he threw everything at JOVIALITY in a gruelling battle down the straight at Royal Randwick in the mares 1,300 metres event. The winning photo showed a narrow half head margin as the daughter of I Am Invincible recorded her 4th career victory.Possibly most exciting of all was watching import DESERT ICON (FR) take up the running in the 1,800 metres event at Caulfield. Damien Thornton kicked clear on the gelding at the home turn and the result was never in doubt as our purple and white stars recorded a perfect four from four on the day! 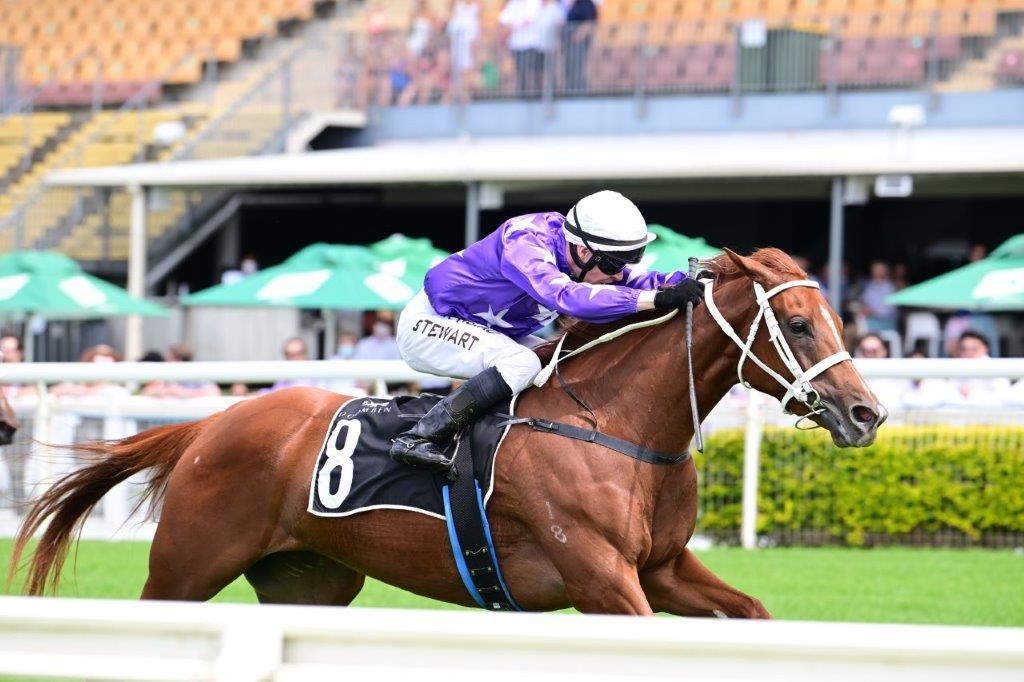