If the expression “some days are diamonds” is correct, the 24 hours ending at Randwick on Saturday afternoon, provided some of our owners with a very successful day of racing.

First up it was progressive I Am Invincible 3 year old gelding PEMBROKE CASTLE who did the job in fine style over 1,250 metres at Canterbury Park on Friday night aided by a lovely ride from Hugh Bowman. The gelding jumped well, settling just behind the leading pair after a couple of hundred metres and it then looked only a matter of ensuring that he had clear running in the straight. PEMBROKE CASTLEaccelerated well, taking the lead passing the 100 metres mark, going on to win by a length. Hugh reported that the gelding is now starting ?to learn to race”.

On Saturday at Doomben it was the turn of the very brave AUERBACH winning his 3rd race this preparation from 4 starts. Now a 5 year old, the gelding experienced a life threatening incident as a younger horse and whilst it is remarkable to imagine that he even survived, it’s also amazing to think that AUERBACH is now a metropolitan winner. His will to win was obvious to race watchers on Saturday, because although the gelding sat wide for part of the race, Jeff Lloyd drove him to the line in the concluding stages of the 1,350 metres Class 3 and the son of Denman showed great determination to win by half a length. Congratulations to owners Paramount Racing (Manager: Kathryn Wood).

Onto Royal Randwick on Saturday with our talented 2 year old colt ACCESSION lining up in the $500k Inglis Nursery a 1,000 metres Restricted Listed race for Inglis Sales graduates. With Hugh Bowman on board from barrier 2, the colt jumped nicely and shortly after was perfectly positioned several horses off the fence immediately behind the leading trio. On straightening Hugh angled for a clear run and the Brazen Beau colt accelerated well to power to the line winning by over half a length. It was “a Hugh Bowman special” with a brilliant ride and an excellent performance by the talented colt who looks to have an extremely bright future. Saturday’s race has produced 2 Golden Slipper winners and a Blue Diamond winner over recent years, so we’d be excited if ACCESSION could reach these lofty heights. It certainly looks quite possible. 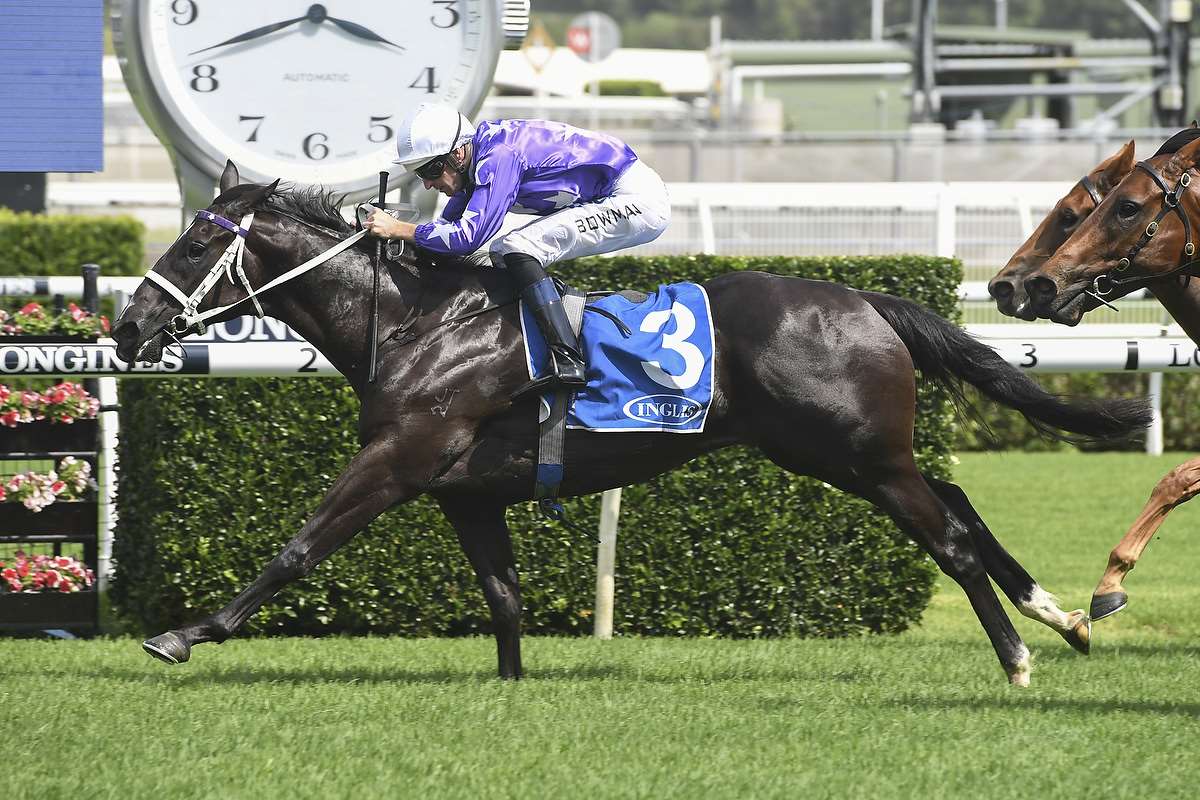