After no luck at all the last time she raced, 3 year old filly CONTESSA made light work of her task at the Gold Coast on Saturday when scoring an easy win in the 1,200 metres maiden handicap. Settling in the 2nd half of the field for the first part of the race after a good beginning, the filly was allowed to roll forward and wide by her rider Ron Stewart from about the 600 metres mark and as the race caller stated CONTESSA hit the front at the 150 metres mark with a “much easier transit than she enjoyed last week”. She then accelerated well and pulled away for a 2 lengths win, a margin which looked to be widening the further she went after sprinting clear of the field.

Purchased at the Inglis Premier sale, the filly is by Headwater and now that she has strengthened and matured considerably CONTESSA looks well capable of progressing and winning more races this preparation. 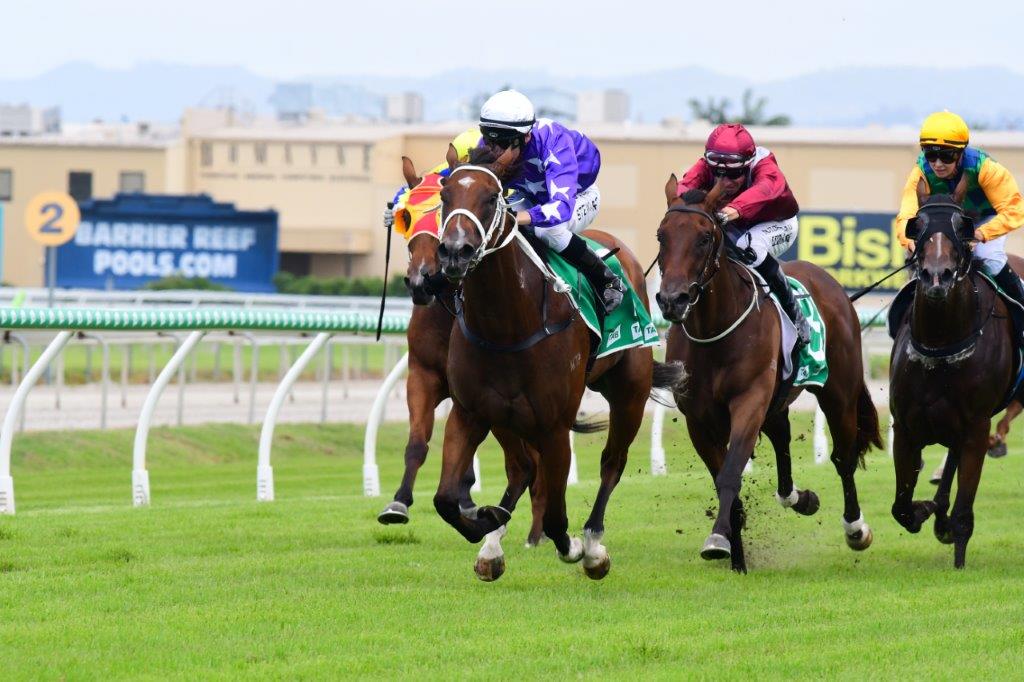