A dead heat win at Geelong for GABEIRA

For the second time in three days another of our 3 year old fillies by the in form Deep Field won, this time in a dead heat on Friday at Geelong.

GABEIRA jumped quickly for jockey Damien Oliver and the pair went forward to settle one off the fence in second position for the 1,230 metres event. Damien began to improve on the filly approaching the turn for home and GABEIRA led the field into the straight. She let down bravely but a rival set a challenge in the final 100 metres for a gripping photo finish. It was too close for the judges to call and the race was declared a dead heat.

GABEIRA was a 2019 Magic Millions Gold Coast yearling purchase from the draft of Edinburgh Park. She is a striking grey filly and was named GABEIRA by her ownership group because she is out of the mare Quicksilver Lass which they linked to one of the world’s largest surf brands Quiksilver. Maya Gabeira is a world famous female surfer and the current world record holder for the highest wave surfed. 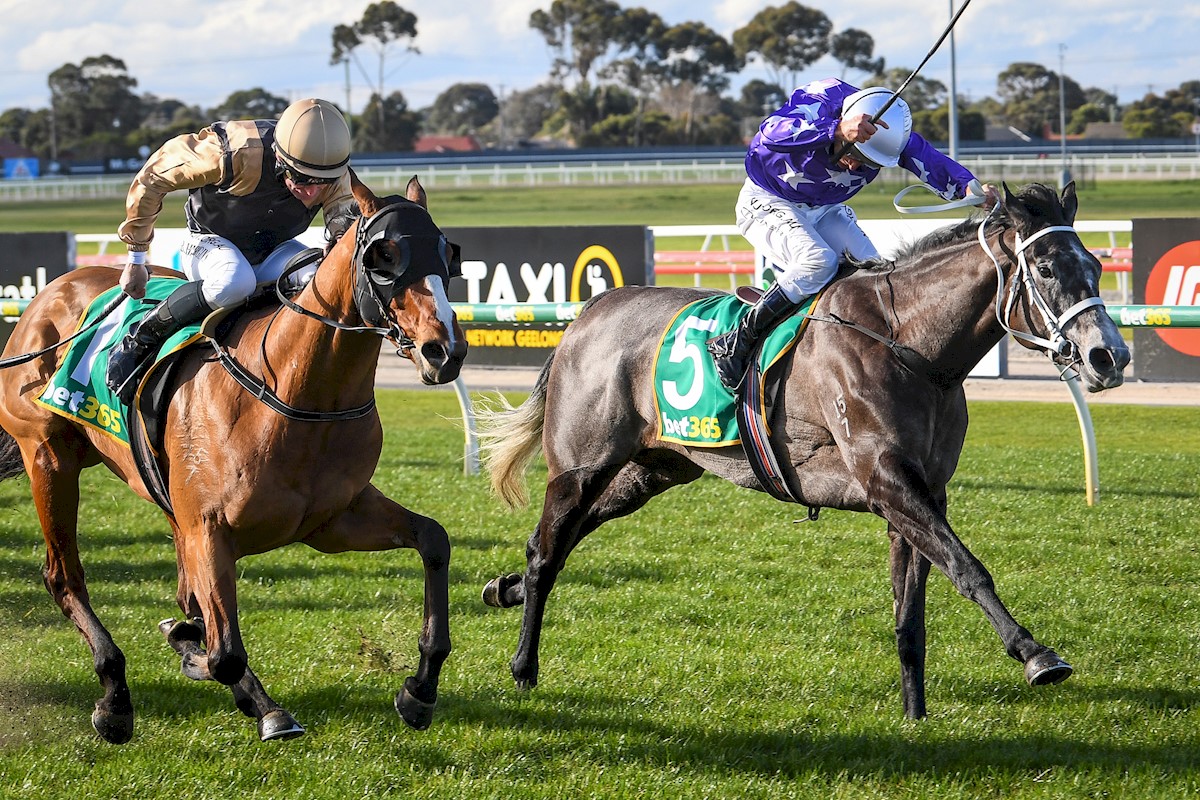