A good result at the end of the day

The patient owners of 3 year old gelding BURBANK needed to wait until the last race on the Kembla Grange program on Saturday over 1,400 metres to get the result they wanted. After jumping sharply from the barrier, BURBANK took up a forward position to settle fourth on the rail until the corner of the home turn, when an opening appeared immediately outside the leader. At the 400 metres mark, the gelding looked to challenge for the lead and although the horse which had set the tempo throughout “kicked clear” in the straight with about a 2 lengths margin at the 200 metres mark, BURBANK continued to reel in the leader from the 100 metres point and with real determination hit the front 20 metres from the line. It was a terrific ride by Yusuke Ichikawa who was elated with the win. BURBANK was purchased by Star at the 2017 Inglis Classic yearling sale for $50,000. Now with his maiden win behind him, the gelding looks capable of winning again as BURBANK is now learning the finer points of just how to win races. 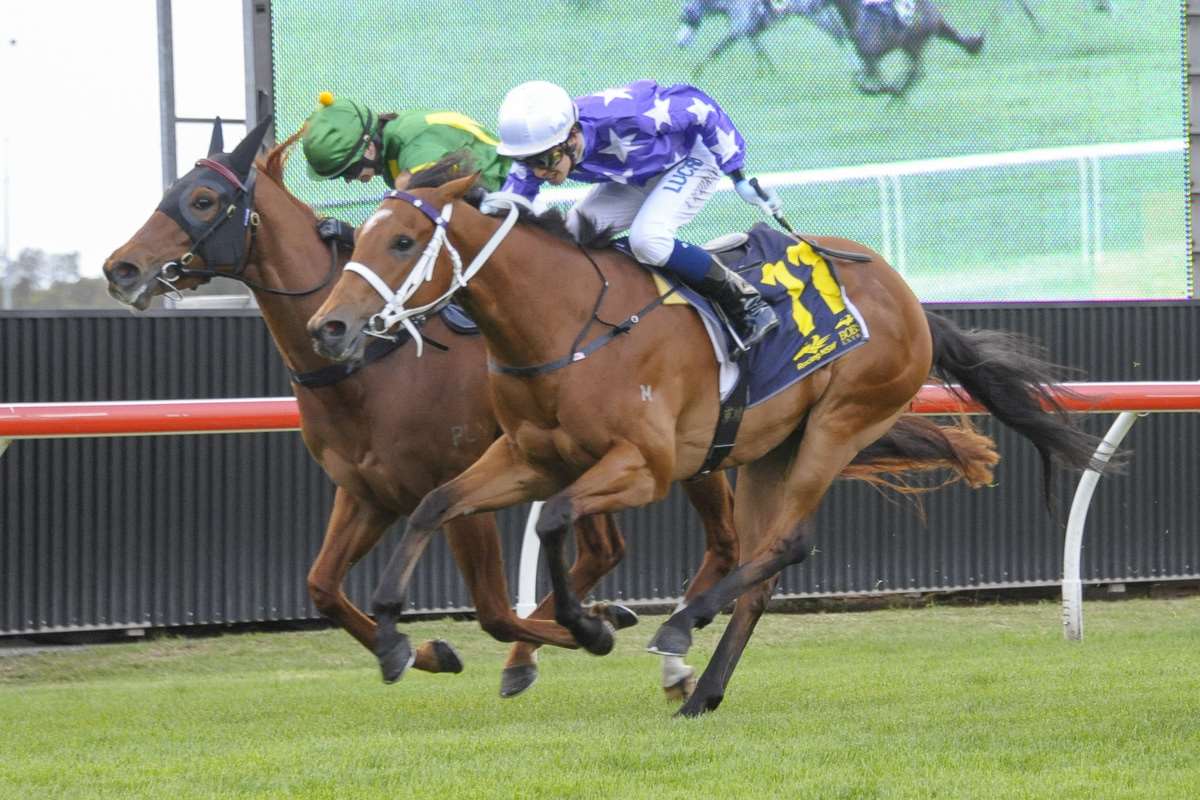