A remarkable win by SELES at Warwick Farm

Few race watchers at Warwick Farm yesterday would have predicted that the eventual winner of the final race on the card would be the filly at the rear of the field as they turned into the home straight. Three year old I Am Invincible filly SELES didn’t appear destined for victory, however leading apprentice Robbie Dolan began to weave a passage through the field on straightening and over the last hundred metres SELES found another gear to snatch a very narrow but determined win right on the line. An interesting side note was that Robbie explained that well into the race a large clod had lodged just above his goggles, partly obscuring his vision, so for a short space in the straight SELES virtually found a couple of the gaps herself! It was certainly a big win by the filly and a great effort by Robbie to ensure that SELES got the job done in such fine style.

SELES was a 2017 Inglis Premier yearling sale purchase from the draft of Yarraman Park Stud who stand her record breaking sire I Am Invincible. The filly now boasts a CV listing three wins to date and a very strong pedigree page to accompany her eventual residual value. 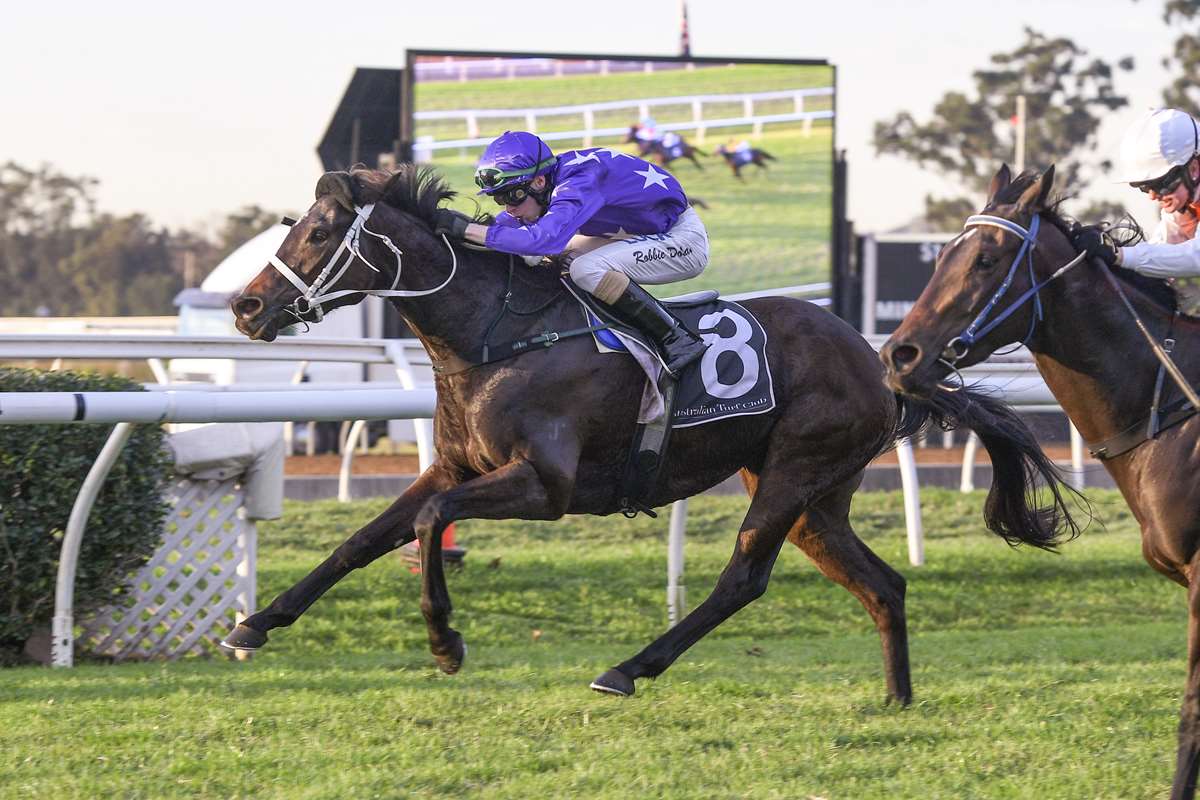