For some time it appeared that the relaxed style of 3 year old gelding AGNELLI on the training track may relate to an indifferent attitude on race days. That theory has now been dispelled with a second determined win by the gelding at only his third career start this time at Cranbourne on Friday night over 1,600 metres.

Damien Thornton was again the victorious rider guiding the son of Written Tycoon to a another solid effort after building momentum from mid race to win in very similar fashion to his maiden victory a couple of weeks earlier. He has explained on a couple of occasions that he can see AGNELLI becoming a 2,000 metres horse in time as he learns to race and strengthens. It’s a pleasant surprise for his patient owners to see the gelding now becoming a successful racehorse. His very relaxed approach in training and on race days may in the end be a big plus after all. 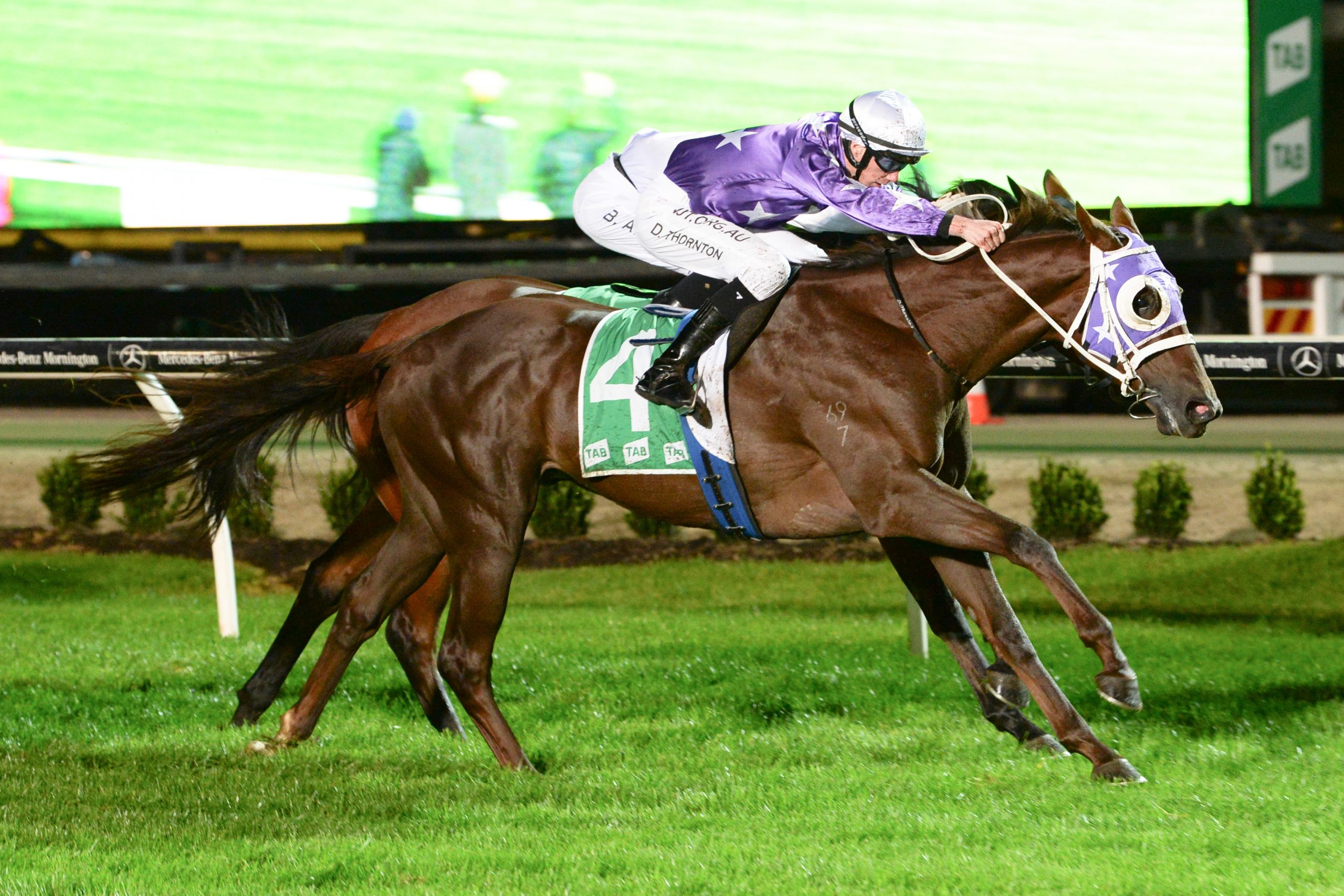