The 1,500 metres handicap at Rosehill Gardens on Saturday was led home by our purple and white stars in a quinella with the eye catching grey ASTERIUSwinning the event and GRESHAM running second. Coincidentally both horses are 4 year old geldings by the recently deceased Star champion Sebring and both were bought from the Widden Stud draft at the 2016 Magic Millions Gold Coast yearling sale.

ASTERIUS jumped well from the inside draw and jockey Jason Collett was able to find a position on the rail midfield, ensuring he had a nice run off a good solid tempo. Approaching the home turn, the pair were able to weave a passage through the field, go around the leading trio and “explode” late with a slashing turn of foot to win convincingly by a widening 3.3 lengths and in doing so he added a 4th career victory to his CV. GRESHAM fought valiantly to the line to run second to his stable mate. 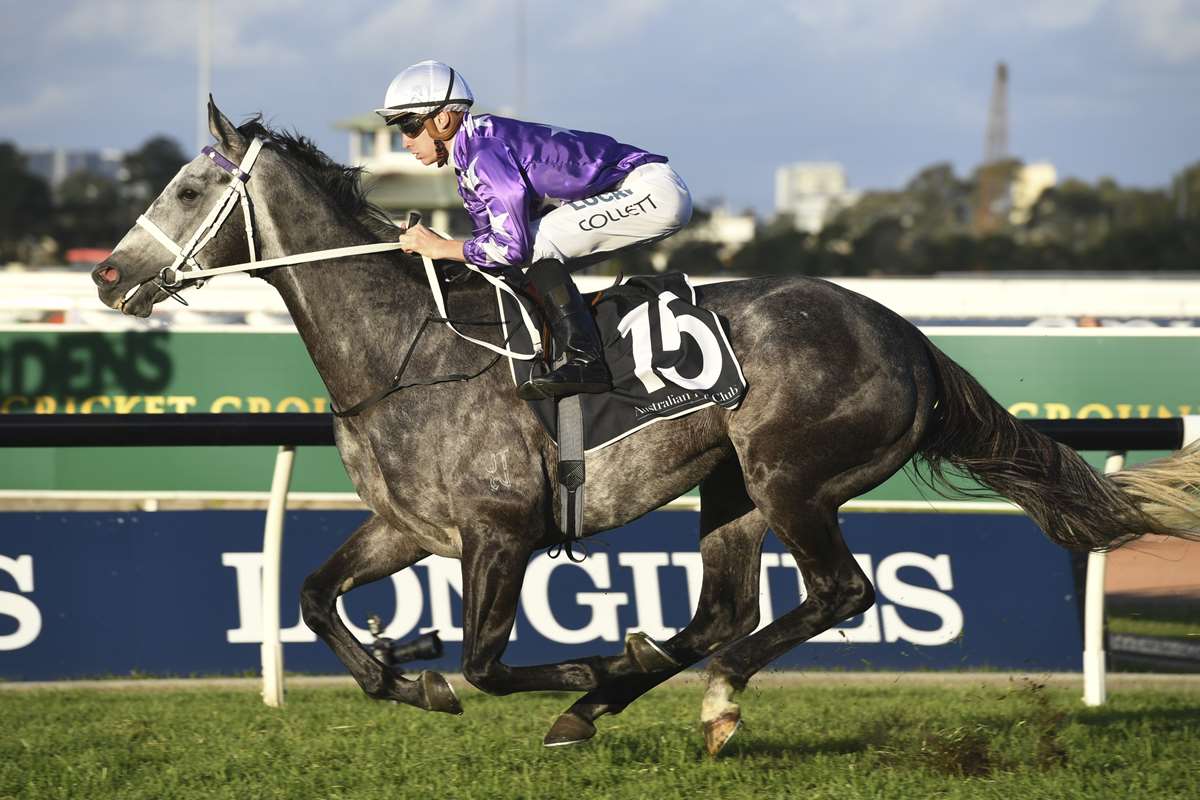