Back to back wins for in form mare SUR LA MER

SUR LA MER won over 1,300 metres at Warwick Farm last start and the mare stepped up to 1,400 metres yesterday for another win at the same track with Hugh Bowman aboard again. The daughter of Nicconi jumped on terms from the barriers and settled into a comfortable rhythm on the rail midfield where she travelled tractably throughout. Hugh angled the mare off the fence and managed to find a nice path on the turn that allowed SUR LA MER to build momentum. She loomed up confidently upon straightening and accelerated well under her big weight of 61kgs. She struck the front with a little over 100 metres to run and held on strongly for another determined win.

Hugh commented post race that SUR LA MER “did a great job to win under the heavy weight and she enjoyed travelling strongly following today’s steadier pace”. The mare is racing in terrific form and it looks likely she will continue on her upward trajectory this preparation. 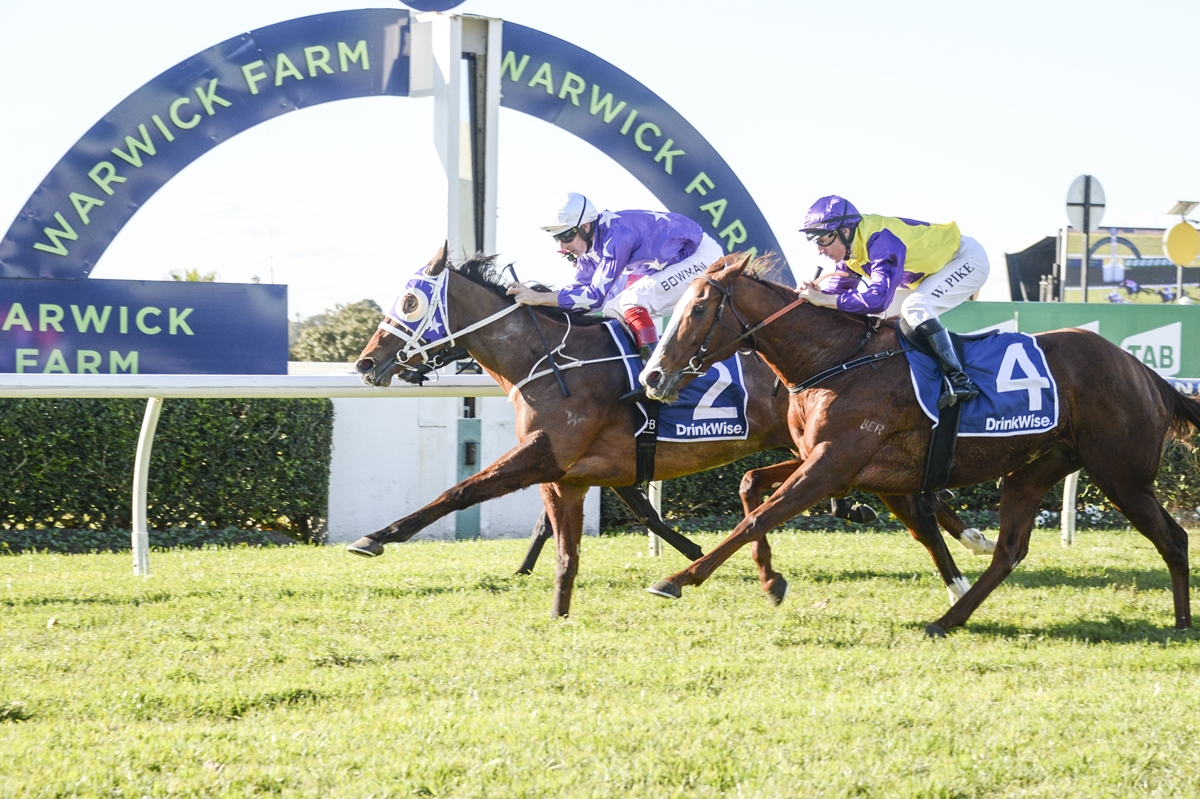