“Bella” storms to victory in the Blazer Stakes at Flemington

Our quality in form mare INVINCIBELLA returned to the winner’s circle in the 1,400 metres Group 2 Blazer Stakes at Flemington on Saturday after being desperately unlucky at her previous start in the Group 2 Golden Pendant in Sydney. After beginning well INVINCIBELLA quickly got into a lovely rhythm with Hugh Bowman allowing the mare to travel very comfortably several horses off the rail just worse than midfield. As the field approached the 600 metres mark, Hugh allowed INVINCIBELLA to commence a forward move and once they were well into the straight, the daughter of the all-conquering I Am Invincible saw “daylight” at the 400 metres mark and it was then that she accelerated down the middle of the track to take the lead at the 100 metres mark with caller Matt Hill declaring that “Invincibella’s home and hosed….races away in the Star colours and won it well…Invincibella by a big margin”. It was her 8th career win with prize money earnings to date of almost $1.4 million. She is rapidly becoming a hugely valuable broodmare.

The 5 year old mare is in career best form having won at Group 2 level in 3 of her 5 last starts in Brisbane, Sydney and now Melbourne. Her dominant win on Saturday may necessitate serious consideration about the Group 1 Myer at Flemington in just under a month. Our thanks to Brett Howard from Randwick Bloodstock for highlighting the filly at the Magic Millions yearling sale in 2016. INVINCIBELLA looks to be improving all the time and is now becoming acquainted with her Melbourne stable companion Winx (as shown in the photograph captured by Sharon Chapman). 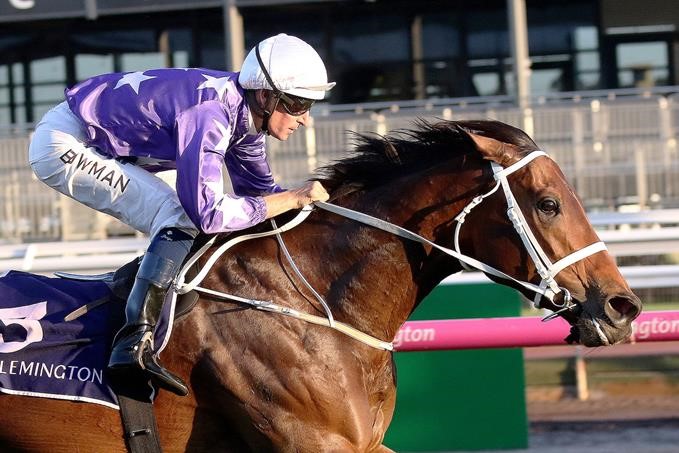