BRETON: Maybe A Name To Remember In Our Staying Ranks

BRETON stamped himself as a potential stayer on the rise when racing up in class over the 2,190 metres trip at Ipswich yesterday and winning again in eye catching fashion following a dominant maiden win at the Gold Coast a couple of weeks ago. Rider Luke Dittman reported that he was very confident of victory from the 400 metres mark and it was just a matter of ensuring that the gelding was concentrating. The 3 year old son of Kermadec (NZ) was a big, yet very immature colt when we bought him at the Inglis Classic yearling sale for $90,000 on the recommendation of Brett Howard, from Randwick Bloodstock. It has taken until now for the gelding to start to “put things together” and Luke commented post race, “I rode him a few months ago and he didn’t really know where to put his legs….but he is starting to understand what racing’s all about now”. The gelding sat off the pace for the first 1,600 metres of the race yesterday however it was at the turn for home that BRETON looked a chance to feature in the finish. After running into clear galloping room in the straight just after the 200 metres mark, the gelding sailed passed the field for what looked to be an easy win and he was still full of running well past the line.

From a rich pedigree including some of New Zealand’s finest distance horses of the last 30 years such as the great Sir Tristram’s NZ Derby winning daughter Popsy (NZ), BRETON boasts a family of fine quality stayers who have won up to 2,400 metres and beyond. It is a long way to some of Australia’s best staying races but we know that the gelding is an improving horse, especially as he is now beginning to mature mentally and his lovely long stride (together with pricked ears as he went across the line yesterday) suggest that BRETON has very much more to give. We eagerly look forward to his return after a few weeks in the Queensland sun. Our thanks as always to Chris for his great patience with the gelding and to Brett Killion and Chris’ Gold Coast crew who do such a brilliant job with our horses. 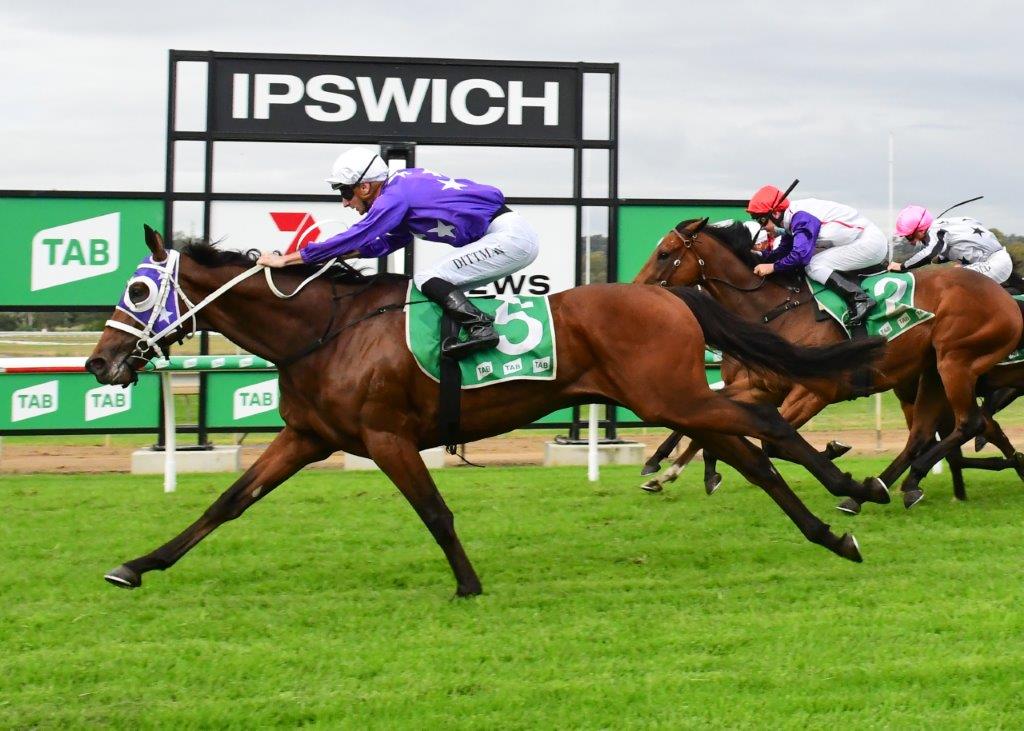