As can often be the case the application of blinkers was a key ingredient to a much improved performance by two year old Brazen Beau colt BULSARA when he won at his second career start yesterday at Ipswich. Perfectly handled by Larry Cassidy the colt settled behind the leaders in the run and appeared to travel incident free, before the pair angled for a clear run to the line, only when they were well into the home straight. Once balanced BULSARA shot clear and the result was determined quite quickly. He appeared to run through the line well and so the 1,200 metres of yesterday’s race posed no problems, with the likelihood that the colt will run at least 1,400 metres in time.We wish to thank Chris and his Gold Coast stable team headed by Brett Killian for the terrific results achieved regularly with our STAR horses. 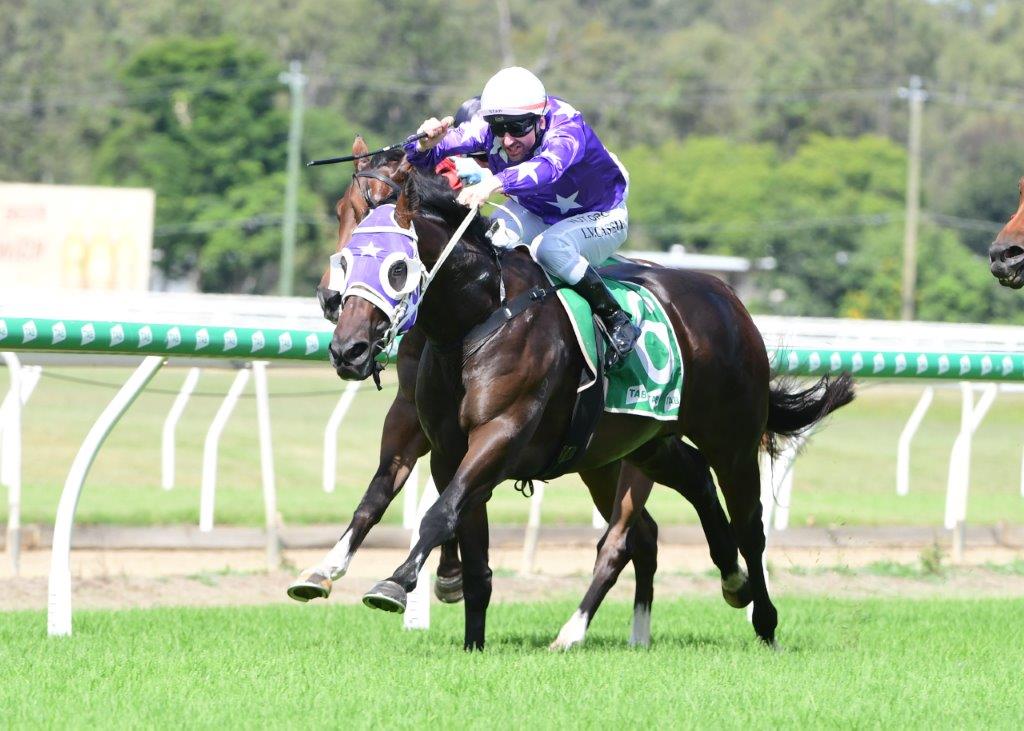