BURBANK circles the field to win in dominant fashion at Wyong

Three year old BURBANK was an easy winner on Saturday at Wyong over 1,350 metres courtesy of a very good ride by Lee Magorrian. The Sizzling gelding settled to the rear of the field in the early part of the race following a genuine pace set by the leaders. The speed slackened off mid-race and so Lee was able to improve his position on BURBANK quickly guiding him into a midfield position. The pair commenced their run as the field turned for home, travelling widest of all around the turn but picking up the leaders quite quickly to run away from them approaching the winning post to score in easy fashion by just on 2.5 lengths.

It was a pleasing performance from the lightly raced BURBANK who looks likely to win more races on Saturday’s effort. 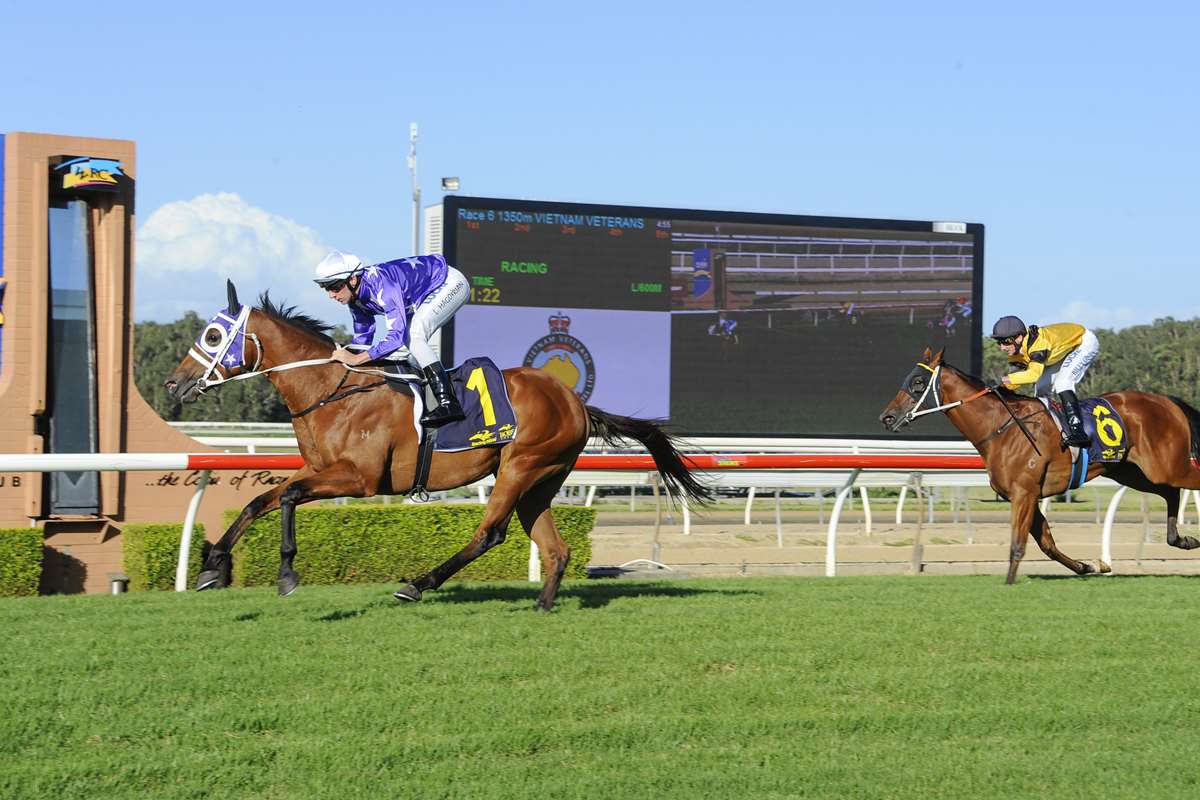