Celtic Jewel silks to the fore with Seaway

The runners of Star Thoroughbreds usually race in purple and white star silks but Seaway (NZ) carries the colours of Kathryn Wood’s Paramount Racing and on Saturday the white with Celtic green jewel silks were carried to victory in the $150,000, listed Maldives Travel Connections Winter Challenge (1500m) at Rosehill.

Owning a good horse is not new to Kathryn as she owned the Chris Waller trained Religify who won just under $1 million in stakes before breaking down and then being nursed back to health by Tim Boland, who also shares in the ownership of Seaway.

Seaway’s win also brought back memories for Denise Martin of her great colleague, the late Steve Brem, who signed for Seaway as a yearling at New Zealand Bloodstock’s Karaka complex for $210,000. Martin described how she instructed Brem to not go above $200,000, and Brem was able to report with satisfaction that the $210,000 was in New Zealand dollars and hence below the Australian budget figure.

Trainer Chris Waller has worked out Seaway’s need to race with gaps and after his fifth in the listed Civic Stakes overt 1350m at Rosehill on June 29th the rising five-year-old was set for Saturday’s feature. Tommy Berry dealt with barrier 11 sending Seaway (54.5kg) forward to sit outside the leader Cradle Mountain and from that position they launched the winning bid.

The margin at the line was a neck to Goodfella (Snitzel) (54kg) and Brenton Avdulla with $3.00 favourite Eckstein (I Am Invincible) (59kg) and Hugh Bowman third a short neck away. Gaulois was a close fourth a neck away.

“The part that won us the race was once I got there (to the front) that I came right back and sat off Christian (Cradle Mountain) and we got that easy two and half furlongs (500m) before Brenton came and put the pressure on,” said Berry who was taking home a winning double after his earlier win with Lucicello.

“This bloke showed a lot of quality, obviously back on top of the ground today definitely assisted him, he was turned out to perfection and all I had to do was to get it right at the start.

“He likes having a bit of time between runs, Chris has worked him out well and truly now. Once we were able to get that breather mid-race he was always going be hard to run down. I really liked how when Brenton came to me with Goodfella he really put the foot to the board and he did not want to give up, he wanted to win which was great,” he said.

“He has won some good races for Denise and the team. He goes very well fresh, we pulled him out two weeks ago when it was a bit wet and with two weeks to today with the wide draw he was well ridden and he has come away with nice win,” said Waller.

Waller said that Seaway would be aimed at lead up races in the spring towards the Group 1 Epsom Handicap (1600m), although he was circumspect about Seaway actually racing in Randwick’s spring handicap classic.

By Rob Burnet for ThoroughbredNEWS 27 July 2019 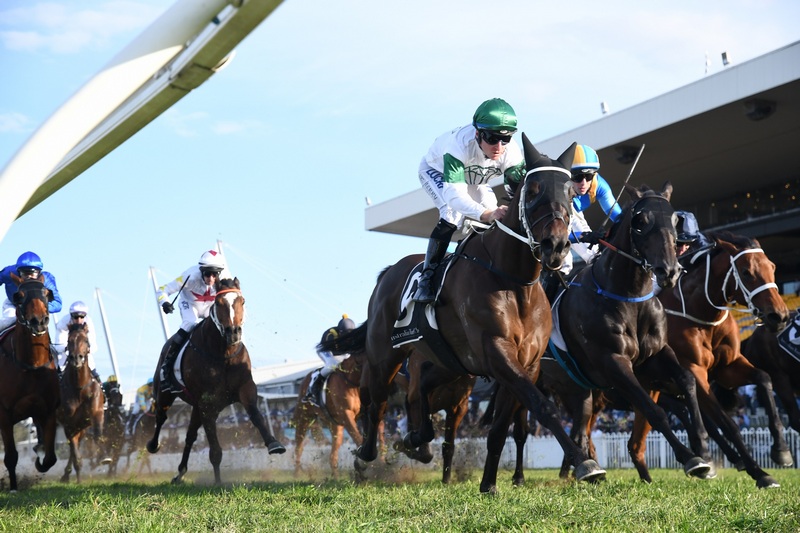