First starters are sometimes an “unknown quantity” but our 2 year old Shooting To Win colt KUBRICK displayed his considerable potential when winning on debut at Cranbourne on Friday night. The colt had recently transferred from Chris’ Rosehill base to his Flemington operation with the aim of ensuring that the change of scenery would be a good “distraction” for the colt ensuring that the “g” word (gelding) would not be presented any time soon for discussion. Whilst from the outset appearing to have talent, KUBRICK had from time to time displayed coltish tendencies.

On Friday with John Allen in the saddle, the colt jumped reasonably sharply in the 1,000 metres event and once balanced he quickly accelerated to be positioned just behind the leaders. He was at first a little uncertain on the soft 7 surface, but once the field headed for home KUBRICK got himself together, came around the leaders and in an eye catching performance he accelerated very quickly over the last 100 metres to overhaul the short priced favourite with the pair clear and just under 3 lengths to the third horse. In doing so, he presented as a colt with very considerable upside.

KUBRICK is from the first crop of Group 1 Caulfield Guineas winner Shooting To Win and was purchased at the Inglis Premier sale. He is a colt we were extremely keen to buy at the sale however it became a challenge as three other highly successful trainers were involved in the bidding process. We were able to bring him home fortunately and from his debut win it may well be that the colt has a very good future. 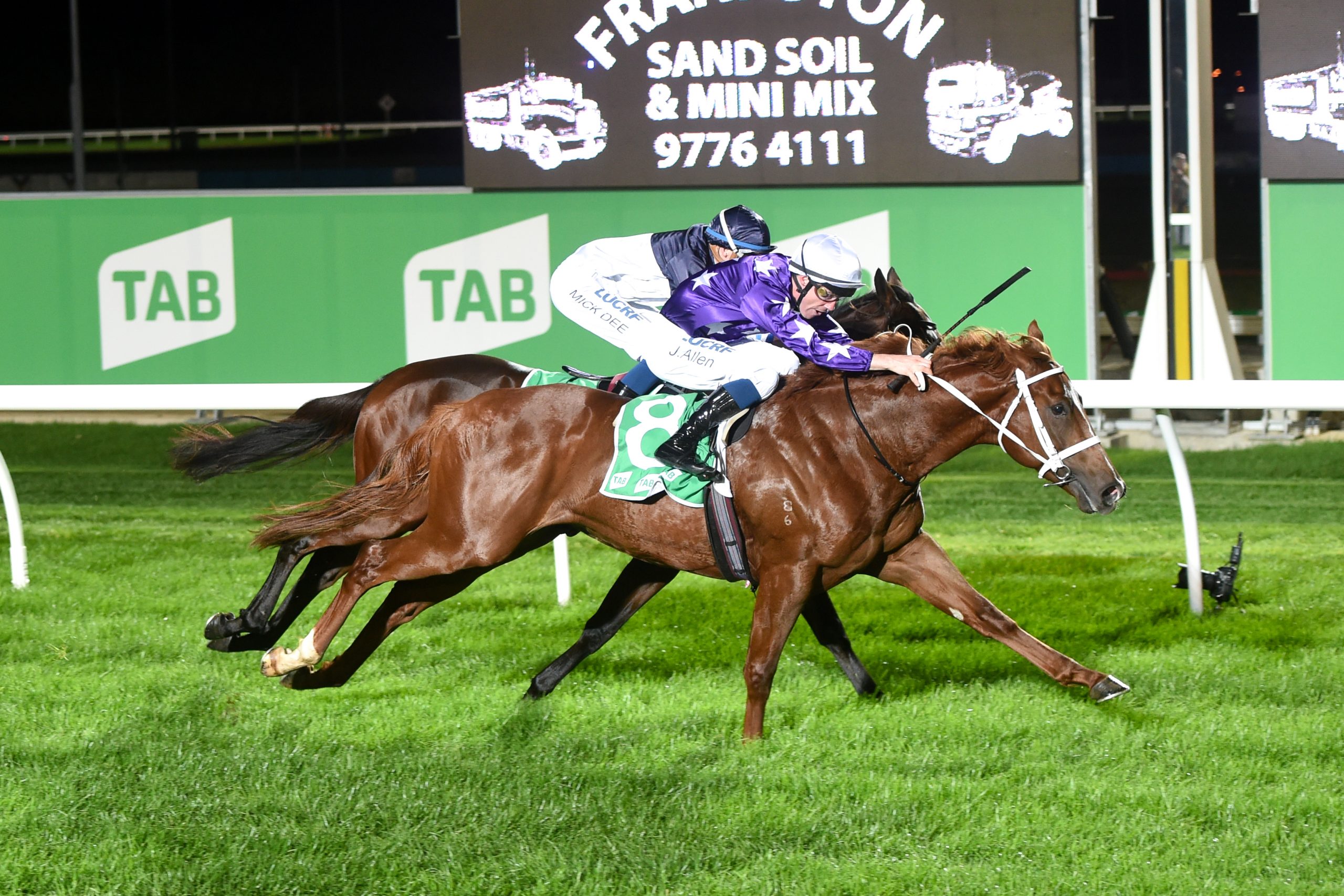