DIVINA Returns a Winner At Her Second Start

After an eye catching run on debut in February our Astern filly DIVINA returned from a brief let up to win the 2 year old fillies 1,250 metres maiden at Canterbury yesterday.

She jumped sharply from an inside barrier and was right on the pace from the outset before easing to allow another filly to take up the running. James McDonald drove DIVINA to the lead once she balanced in the straight and the filly held on in a very determined fashion to win by a narrow margin breaking her maiden at just her second race start. He reported that she’s “an enthusiastic filly who did a great job”. We have always felt that DIVINA would improve with time as she continues to develop and so with her exposed ability it would seem that she looks to have a good future.

The filly was a $190,000 purchase at the 2020 Magic Millions yearling sale and is the sixth winner for her sire Astern who has produced his first crop juveniles in recent months. We thank Brett Howard from Randwick Bloodstock who works with us at yearling sale time and of course Chris and his fantastic team who continue to produce winners for us. 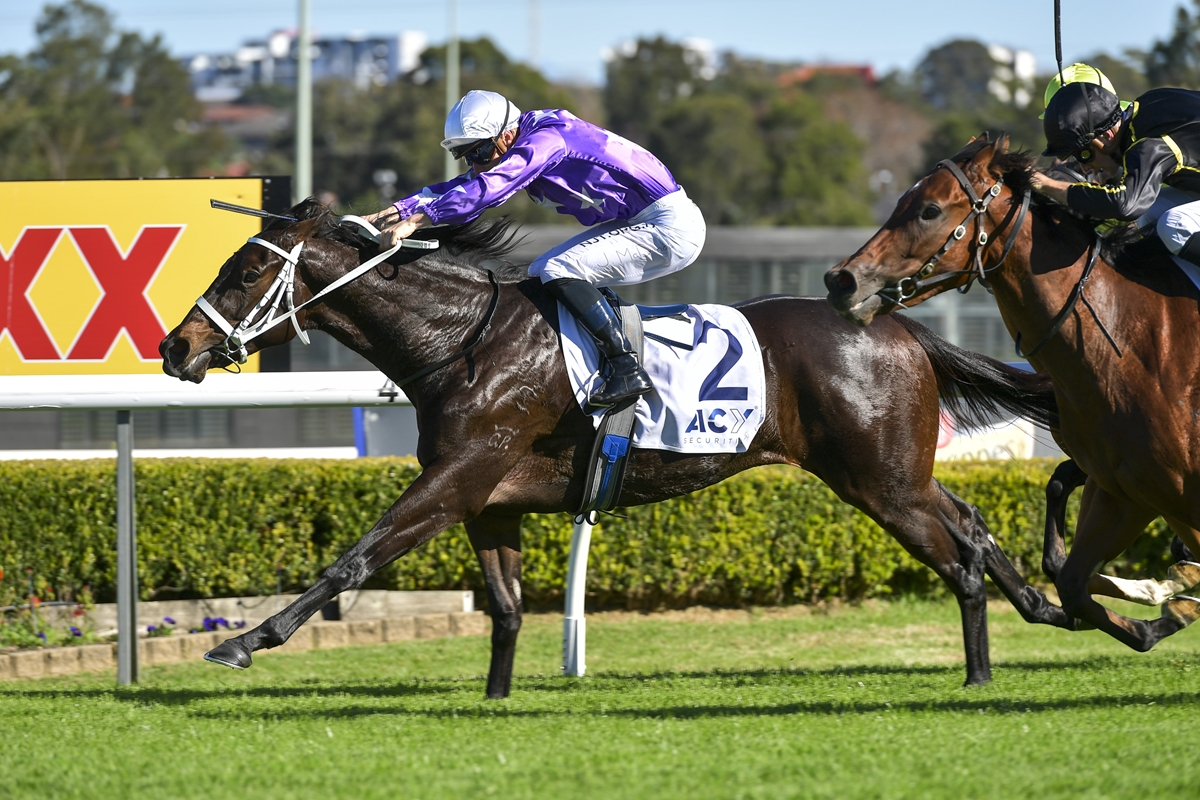