EDMONTON has certainly stepped up his game this preparation and on Saturday the lightly raced 3 year old son of Vancouver, recorded his third win this time in work from four starts.

EDMONTON jumped well for the 1,805 metres event at Eagle Farm and could have raced up on the speed but jockey James Orman as planned, settled the gelding amongst the back markers while a genuine tempo was set up front. EDMONTON was travelling very strongly at the 600 metres mark when James popped off the fence and into clear galloping room approaching the turn where the gelding came into the race with authority. As he balanced up in the straight, EDMONTON hit top gear to reel in the leader and win in fine style by just on a length.

James was really taken by the gelding’s efforts on Saturday, commenting that it all panned out nicely with a truly run race and that EDMONTON was very strong through the line. He is a lovely staying 3 year old whose efforts this preparation have most likely pencilled him in to target the Queensland Derby during the Brisbane Winter Carnival. 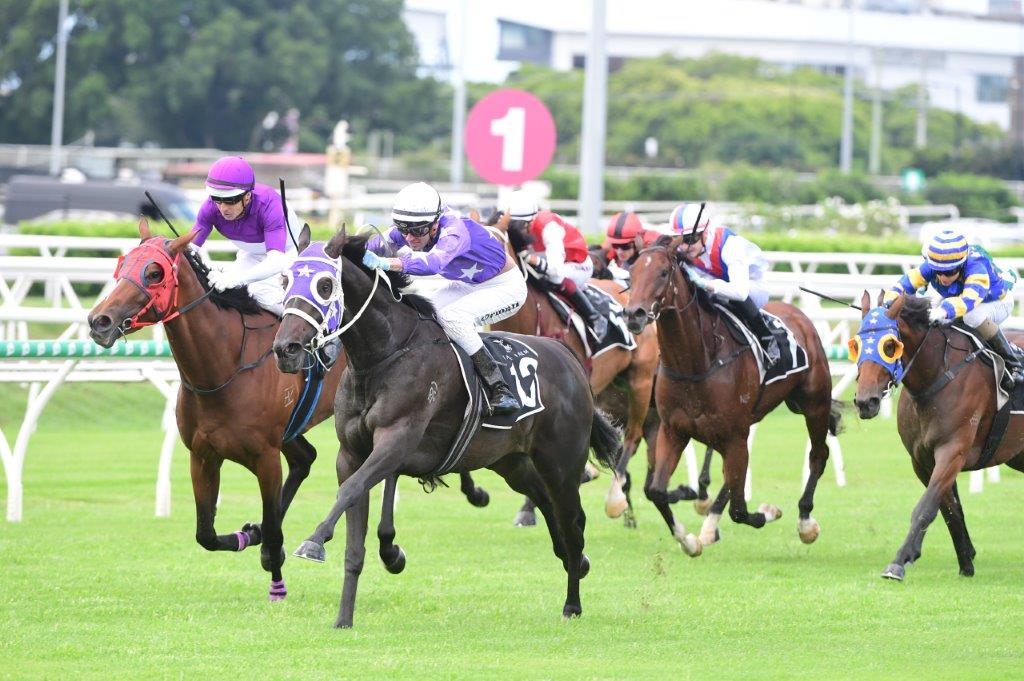