ENCHANTINGLY wins at Ipswich in a head bobbing finish

Our 3 year old Choisir filly ENCHANTINGLY won her maiden yesterday at Ipswich over the 1,515 metres trip and it was the strong hands of jockey Michael Cahill which enabled her to have her nose in front on the post in what was quite a deceptive angle. Since relocating to Chris’ Gold Coast stable, ENCHANTINGLY has twice run 2nd initially at the Sunshine Coast and then Doomben so it was no surprise to see her well in the market yesterday.

From barrier 2 the filly quickly took up a good position settling on her own in 5th and after remaining there for the first 1,000 metres, Micheal eased the filly out from behind the leading group at the 500 metres mark to go wide at the home turn and she picked up well. From that point on she was strong to the post, getting the desired result in a driving finish right on the line. 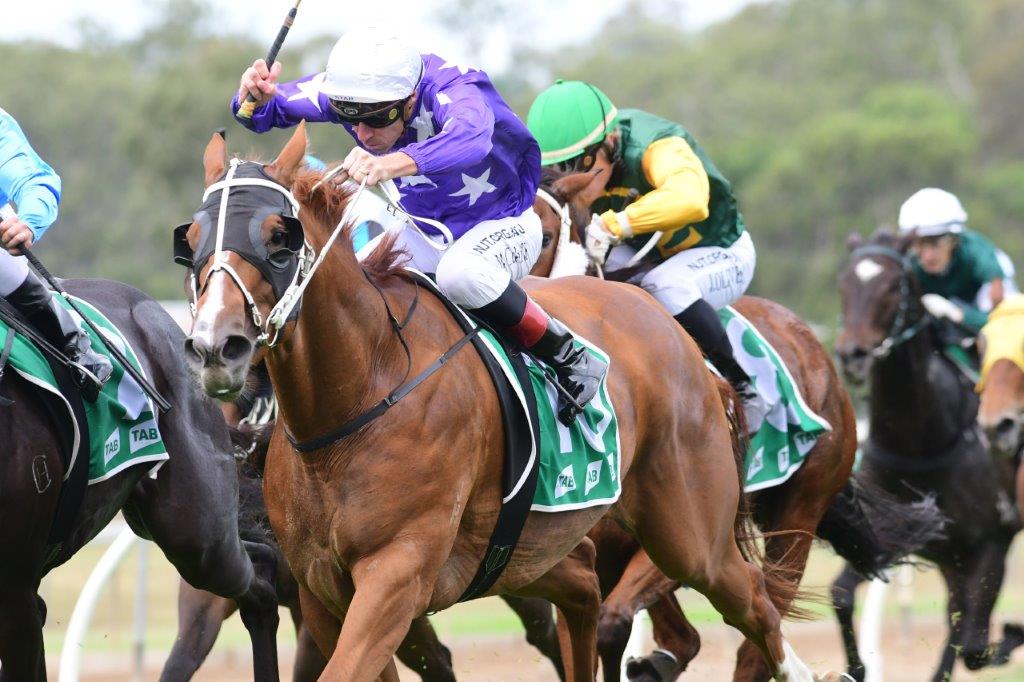