Fiesta after more gold in autumn

Fiesta (I Am Invincible) was already the pin-up girl of the Inglis Gold Riband section of the Classic Sale but the game filly gave the opening night session another boost with a stirring win in the $1 million Inglis Sprint.

Fiesta fought out a thrilling two-horse war up the Warwick Farm straight with Estijaab (Snitzel), another Inglis graduate, in what could shape as the first of a series of clashes between the two speedy fillies in the autumn stakes races.

Racing in Denise Martin’s distinctive purple and white Star Thoroughbred silks, Fiesta has now won more than $1 million in prizemoney for her owners as well as delivering a lucrative bonus to her breeders along the way.

“She has been amazing for us,” Martin said. “And what a great opportunity for us to race for this type of money at this stage of the season.”
Martin paid $150,000 for Fiesta at the Gold Riband session of the 2017 Inglis Classic Yearling Sale and, as the first stakes winner out of the session, gave breeder Fairhill Farm a $100,000 sale.

“She is a typical Denise Martin product; she buys a really good horse, they run early and they keep running.” – Chris Waller

That G2 Widden Stakes win as a 2-year-old was followed by a G3 Silver Shadow Stakes win as a 3-year-old, but a G1 victory has thus far eluded the Chris Waller-trained filly.

“She is a very versatile horse, she has been racing right through her 2-year-old season through to a G1 Golden Slipper, raced successfully as an early 3-year-old and now she is back as a late 3-year-old doing it again. She is a typical Denise Martin product; she buys a really good horse, they run early and they keep running.”

Autumn plans and a looming rivalry
Fiesta was narrowly beaten by Oohood (I Am Invincible) in the G1 Flight Stakes in the spring and Waller will be chasing that maiden G1 for the filly with a step up to 1400m in the G1 Surround Stakes on March 2.

“The 3-year-olds at this time of year have got a good record,” Waller said. “There are good options about.”
High on the agenda will be a shot at the G1 Coolmore Legacy Queen of the Turf on the second day of The Championships, but has Fiesta progresses through her preparation Waller fears Estijaab may not be far away.

“They are two very good fillies and I am sure it won’t be the last time they meet.” – Chris Waller

“Estijaab was first-up but we all know what she has done. We probably had the drop on her today. They are two very good fillies and I am sure it won’t be the last time they meet. Hopefully they give the same spectacle they gave today.”

Waller a fan of Warwick Farm’s big day
Waller and Martin couldn’t make it a feature double with Accession (Brazen Beau), who was second as favourite in the Inglis Millennium, but the top trainer was positive about the development of the sales company’s banner raceday.

“It’s fantastic to be part of today’s raceday, well done to Inglis for taking the steps to put this together and put these big money races on. That’s what brings the people to the track, gets the people watching at home and that’s what this sport is all about; people getting behind it, talking about it on Monday mornings and talking about it when these two horses clash again.” 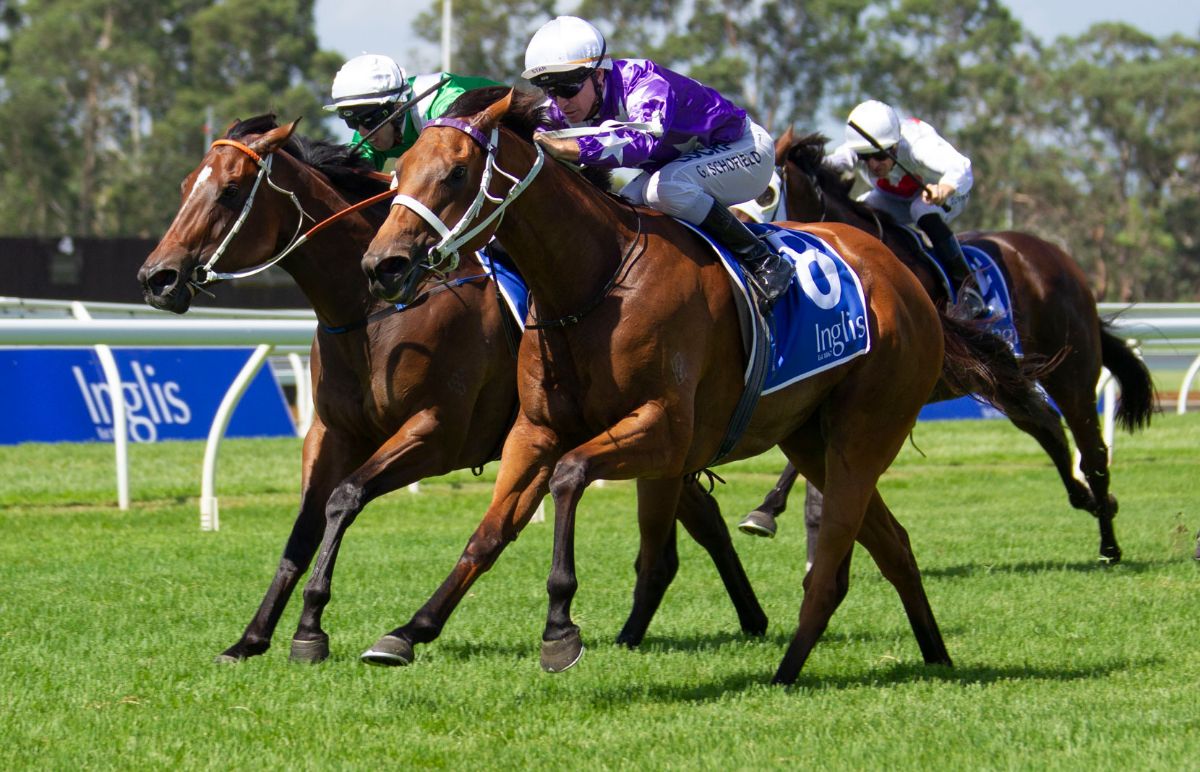