Our classy 5 year old mare FIESTA confirmed again on Saturday, VRC Derby day at Flemington, that she is flying at present coming from last of the 12 horse field at the 250 metres mark of the 1,100 metres Group 3 Furphy Sprint, to charge down the outside of the field and win in dominant fashion by a length and a quarter. In the words of race caller Matt Hill “Fiesta up against the outside fence” as she stormed home to overhaul her rivals and as she strode clear, he commented again “but it’s all Fiesta”.

A Group winner as a 2 year old and 3 year old, the daughter of I Am Invincible has regained her early great form and looks destined to head to Group 1 racing in coming months. Her 4 Stakes wins already and earnings now of more than $1.5 million have earmarked FIESTA as a sought after broodmare – when that time comes. Another masterful ride by Hugh Bowman and brilliant placement by Chris has ensured however that the mare’s race career has some way to go yet. 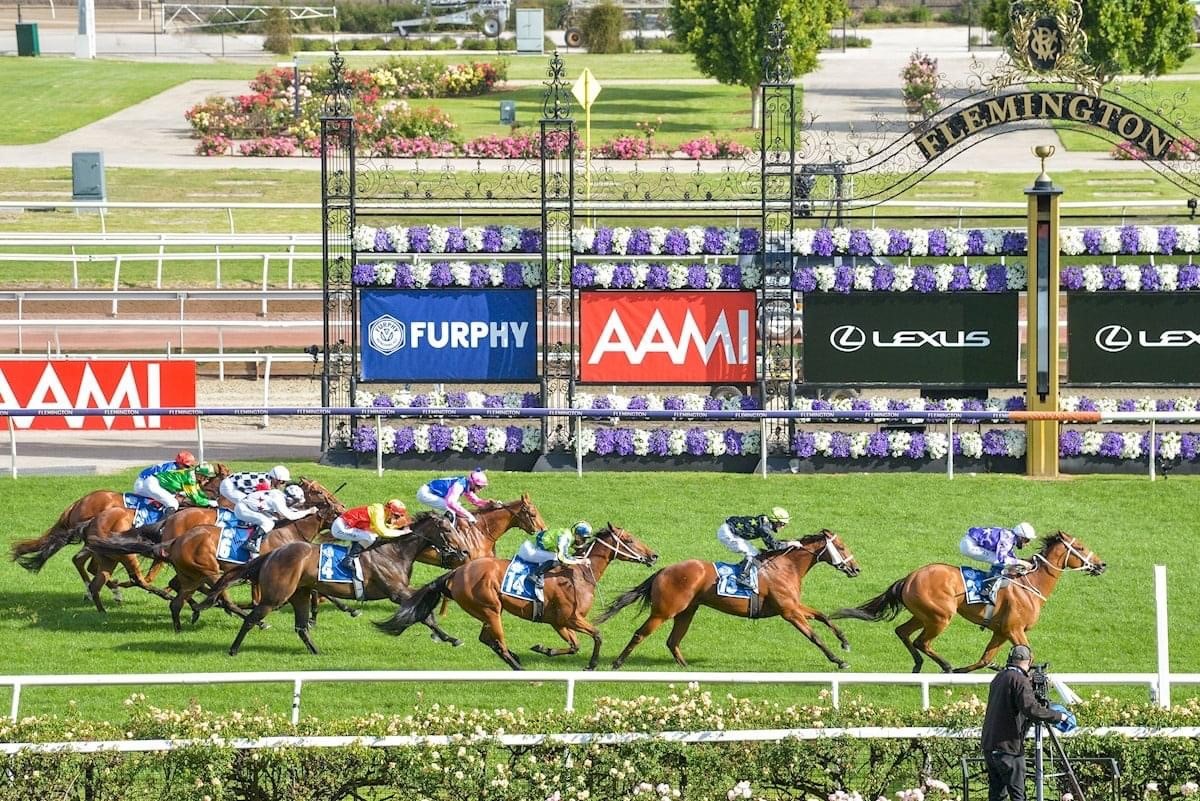