Today’s newsletter is once again written by Rachel Wade, a Godolphin Flying Start trainee spending her 8 week externship with us. Rachel is from Virginia in the United States but is well versed in the Australian racing after spending 1.5 years working in the local industry prior to commencing the course.

JOLIETTE (NZ) returned to form winning a Benchmark 72 for Fillies and Mares on Friday night at Canterbury Park racecourse. The four-year-old mare has been knocking at the door all preparation with multiple placings at the city level before saluting the judge on Friday.

A touch slow out of the barriers, JOLIETTE (NZ) got into stride quickly to take up a midfield position in the 1,550 metres race. She bowled along in a lovely rhythm through the early stages of running and was asked by jockey James McDonald to begin to improve her position at the 800 metres mark. The pace quickened as the field rounded the final turn, but JOLIETTE (NZ) was already within striking distance about 2 lengths off the leaders and improving with each stride. Upon entering the straight, James found running room towards the middle of the track, asking the mare to find the line and she was more than happy to oblige. The leaders stuck on gamely to her inside but they proved no match for our rock hard fit mare as she got up just in time to secure the coveted metropolitan win.

JOLIETTE (NZ) was purchased from the Kitchwin Hills draft at the 2018 Magic Millions Gold Coast Yearling Sale. She is by the triple Group 1 winning shuttle stallion Charm Spirit (IRE) and out of the Thorn Park mare Burlesque (NZ), ensuring that with her very strong Black Type pedigree the mare will be actively sought when offered at a broodmare sale in several months’ time. JOLIETTE (NZ) has proven to be a tough and capable mare, with multiple wins and placings on her CV. 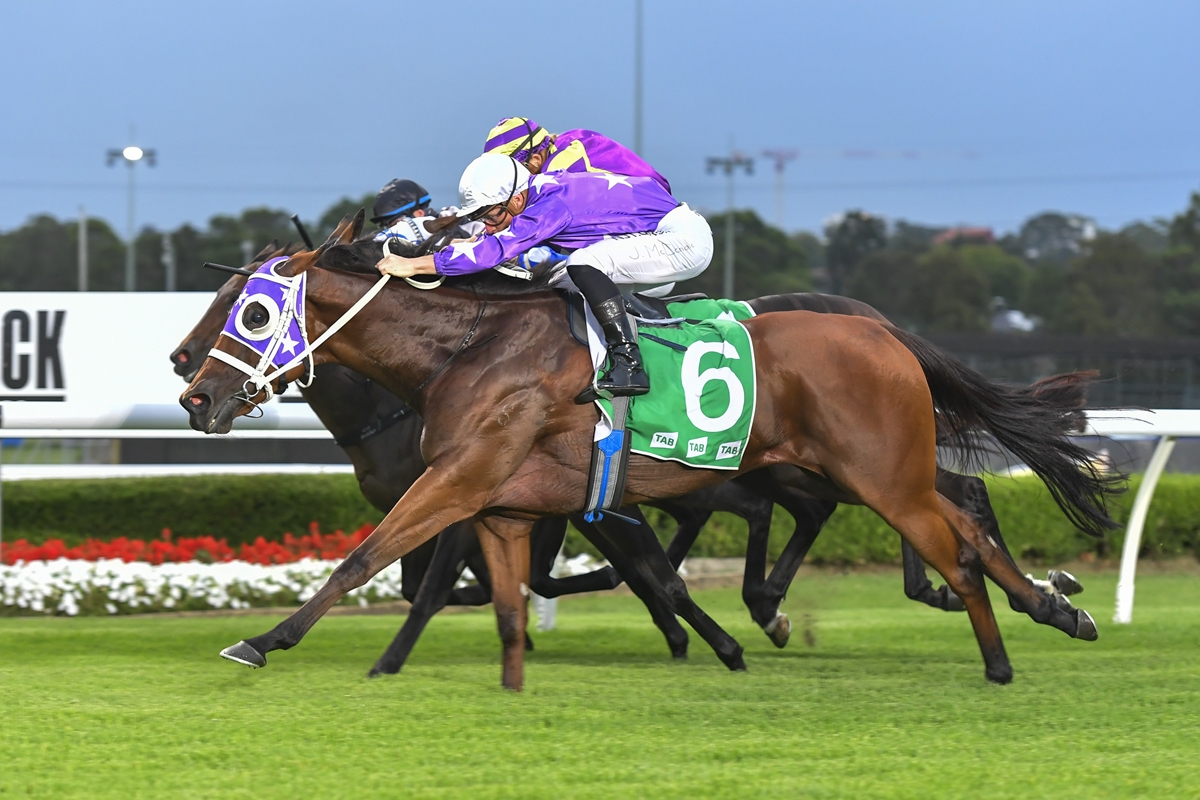