KASHIWA and SEAWAY (NZ) start February off on a winning note

KASHIWA relished his first trip around Moonee Valley on Friday night and broke through for his maiden win compliments of an exceptional ride by Damien Oliver. The 3 year old son of Fighting Sun jumped only fairly and as a result he was detached from the field during the very early stages of the 1,200 metres however Damien didn’t panic allowing the gelding to find his rhythm and he soon linked onto the back of the field. As they passed the 600 metres mark, Damien rounded the field and kept KASHIWA rolling as they came widest of all around the turn. The gelding continued to unwind down the home straight with a perfectly timed run, to hit the front when it mattered most and he won by a narrow margin on the post.

KASHIWA was a Star Thoroughbreds 2017 Inglis Premier yearling purchase from the draft of Meredith Park and is out of the Stakes winning mare Coolroom Candidate. The gelding is named after the famous saxophonist Jeff Kashiwa.

On Saturday at Rosehill Gardens, our Star winner did not carry our famous purple and white stars, but instead the green and white colours of Paramount Racing. SEAWAY (NZ) was a Star yearling purchase at the 2016 NZB Karaka Select yearling sale from the draft of Waikato Stud and a group quickly came together to race the striking son of Ocean Park (NZ).

SEAWAY (NZ) ran 2nd in the Group 2 Queensland Guineas towards the end of his last preparation and following an extended spell, he resumed with a dominant win over 1,500 metres on Saturday at Rosehill Gardens. The 4 year old gelding jumped well from the inside barrier and jockey James McDonald settled him nicely in third position. Once they turned for home, SEAWAY (NZ) came off the heels of the leading pair to then let down very strongly where he was simply too good for his rivals in the run home, winning by a comfortable 2 lengths margin. The victory suggests that the gelding has returned in tremendous order and seems set for a good autumn preparation. 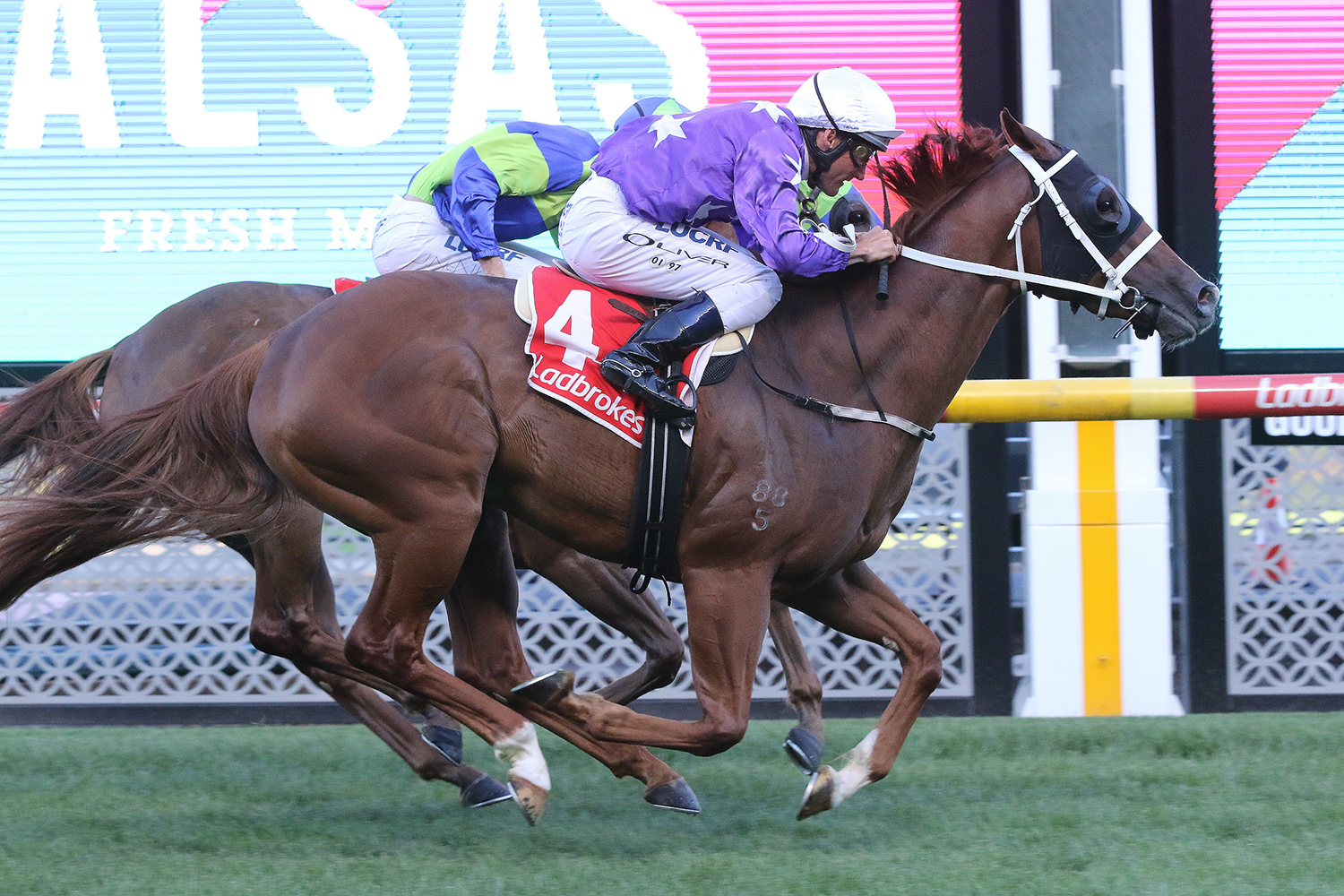