KIKU an emphatic winner first up

KIKU made a stylish return to the races on Wednesday afternoon at Warwick Farm. The well-related filly won convincingly over 1,300 metres and appears to have plenty of upside moving forward into the Autumn Carnival.

Jockey Tommy Berry allowed KIKU to find her feet after jumping from the barriers and she relaxed into a beautiful rhythm. The fast early sectionals benefitted KIKU, who was able to conserve energy through most of the running. She began to improve her position at the 600 metres mark and quickly moved to midfield, travelling strongly despite being caught wide around the final turn. At the top of the straight, Tommy asked the filly to let down and find the line and KIKU showed a great turn of foot to take the lead 100 metres from the finish. The filly continued to make easy work of her task and sprinted clear to win by two lengths in an impressive return to racing.

KIKU has yet to disappoint in her brief race career to date. She was a $300,000 purchase from Amarina Farm’s draft at the 2019 Magic Millions Gold Coast Yearling Sale and she already has plenty of residual value as a broodmare prospect being a full sister to ZOUTORI, a three-time Group 2 winner and the 2020 Group 1 Oakleigh Plate runner up. The gelding will campaign for a Group 1 win this Autumn; including the Group 1 Newmarket Handicap at Flemington on Saturday. We believe KIKU will only improve from her win on Wednesday, which makes her a very exciting prospect heading into the Autumn Carnival. 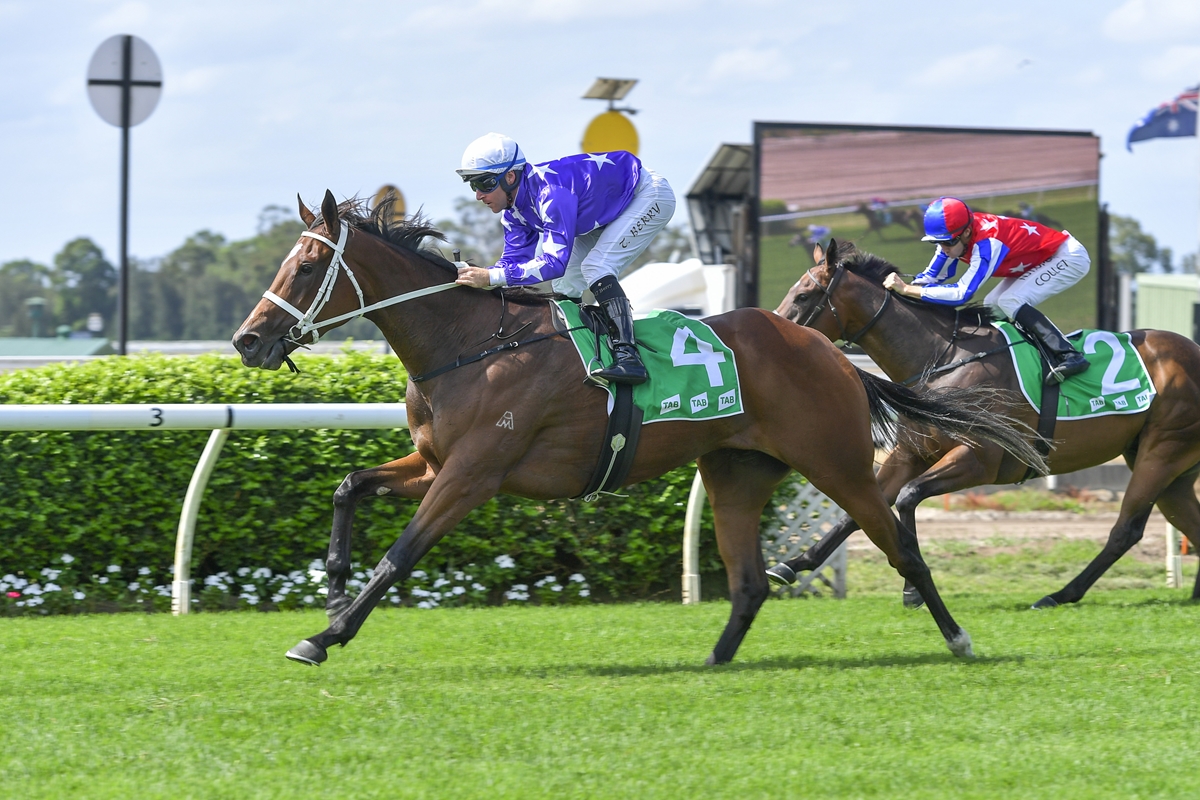