A near perfect ride by James McDonald enabled our classy 3 year old filly KIKU to dispose of her maiden win in fine style at Rosehill Gardens on Friday during their twilight meeting. The daughter of Zoustar had been close up in each of her three previous starts and the 1,400 metres was no barrier to her easy win.

A full sister to the talented Victorian sprinter Zoutori (2nd in the Group 1 Oakleigh Plate and 3 times a Group 2 winner), KIKU looks to have a terrific future as she further matures. The filly was a 2019 Magic Millions Gold Coast purchase from the draft of Amarina Farm. The name KIKU was selected by her group of owners because it is the Japanese word for “chrysanthemum” or Cherry Blossom. This flower is the symbol of the Japanese emperor. Her dam’s name Atotori translates to heiress in Japanese. 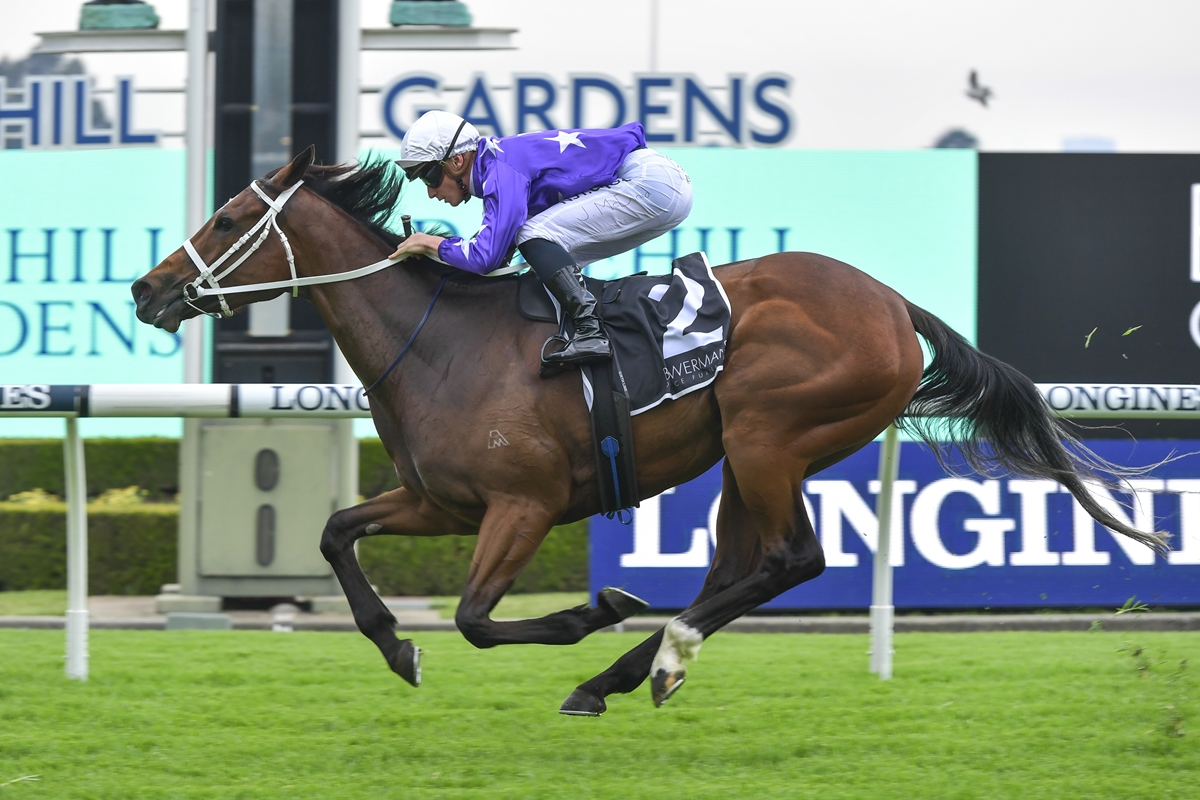