Talented 4 year old Zoustar mare KIKU was the winner of the $500,000 Magic Millions National Classic run over 1,600 metres at Eagle Farm on Saturday. The mare was the recipient of a great ride by James McDonald and from the coveted barrier 1 she always looked to be ready to charge home along the rail if the opening came after settling just behind the leaders – and it did. At the right moment and once balanced in the straight, KIKU began to accelerate quickly and soon she was challenging for the lead. Chris had 4 runners in the race and as they began to challenge close to the winning post, the mare pinned her ears back and found another gear to be strong through the line winning by half a length. The win took her career earnings to just under $800,000 and she will now head to the Group 1 Tatt’s Tiara at Eagle Farm on 25th June.

KIKU was a graduate of the 2019 Magic Millions Gold Coast yearling sale and she has already stamped herself ultimately as a significant broodmare prospect with a win in the Group 3 Carbine Club and 2nd in this year’s Group 2 Emancipation. Importantly from a breeding perspective, she is a full sister to Group 1 winner Zoutori.

Many thanks to Chris and Brett Killian who heads up the Gold Coast stable team, for “putting the polish” on another of our feature race winners in Queensland. 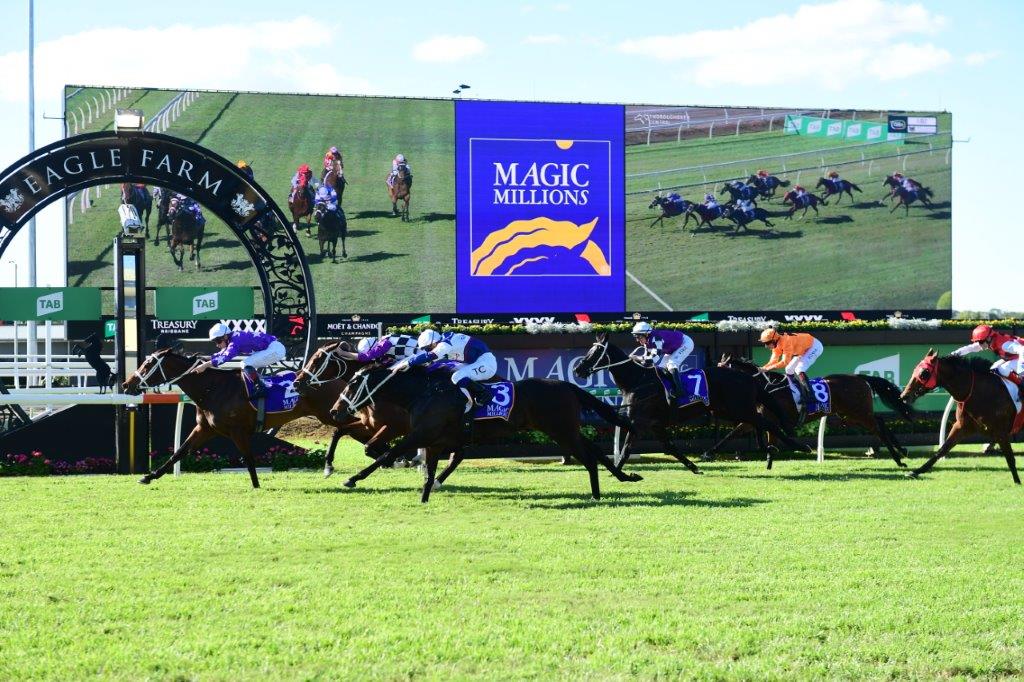