Our 3 year old Fastnet Rock gelding CARNEROS has previously received some good reports from his trackwork riders and so it was good to see him “deliver” yesterday with a win at only his third career start.

CARNEROS was a touch slowly away in the 1,350 metres maiden, but from the inside gate with Larry Cassidy in the saddle, the gelding was able to muster speed quickly to settle in fourth position on the rail. The pair couldn’t have enjoyed a better run in transit, so the rider started to improve their position from the 600 metres mark and the gelding responded gamely, pushing his way into the clear on the bend. CARNEROS let down strongly in the straight to win by a neck on the line and although still “very new” he displayed a good turn of foot to suggest that he can win more races as he gains more experience Larry commented post race.

CARNEROS was a 2020 Magic Millions Gold Coast yearling purchase from the draft of New Zealand’s Westbury Stud. The gelding is so named as he is out of the Testa Rossa mare Rendzina and upon researching we learned that rendzina is a soil type on which many vineyards are planted. Carneros is a wine growing region in Northern California and is also the name of one of the most prominent wineries in the region with rendzina soil. 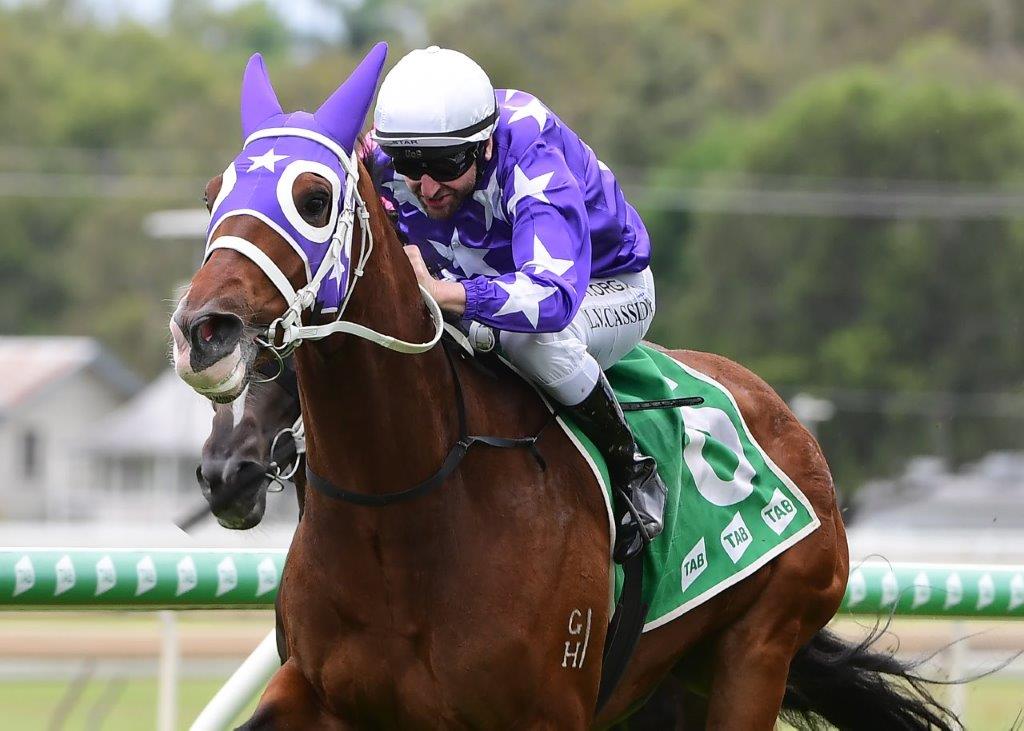