MANGIONE strikes a chord to win well at Canterbury Park

Our fine staying prospect MANGIONE came from well back in the field to win at Canterbury Park on Friday night. The son of Melbourne Cup winner Fiorente was noticeably very unlucky not to break his maiden status at Newcastle at his previous start, so the step up to 1,900 metres this time was just what he was looking for with MANGIONE now a metropolitan winner at his 3rd race start. Ridden by Brenton Avdulla, the colt was allowed to settle second to last in the run and it wasn’t until the field approached the 700 metres mark that he was asked to improve, whilst remaining close to the rail. On straightening MANGIONE came to the outside of the field and most especially over the last 80 – 100 metres he powered to the line to win well in the style of a colt who not only relished the distance but who enjoyed his “night out”.

Brenton commented “I really like him but he’s a horse who’s still learning”. After one more run this preparation, MANGIONE may have a break and then be prepared for an ATC Derby in the autumn. He’s a lovely big, nice looking colt who was recommended to us at the Inglis Easter sale by the late Steve Brem.

Named after world famous American jazz musician and composer Chuck Mangione, the 3 year old appears to have a really bright future as he matures. 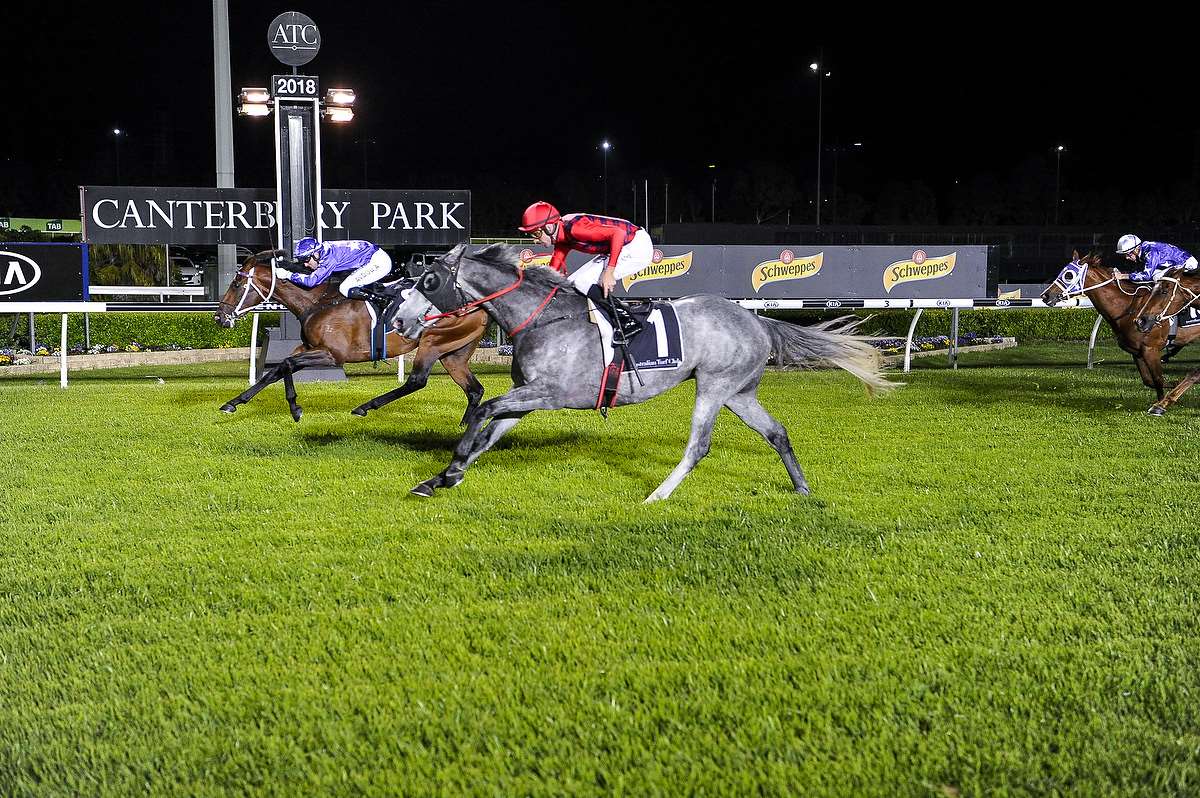