Chris Waller Racing and Star Thoroughbreds have announced that plans for a return to the racetrack for their Group 1 winning stallion have been shelved.

Reflecting on D’Argento’s career Chris Waller stated, “D’Argento came into the stable as a typical Denise Martin purchase, a smart looking type by quality stallion So You Think. The colt won his first start impressively as a two-year-old which ended up being a decent form race. He won his second start this time at Rosehill on a Saturday, in another very good performance. He spelled and came back to win impressively again and make it three in a row. He was then prepared for racing against the better horses having very little luck first up running 3rd to Kementari and Pierata in the Group 2 Hobartville with both going on to be Group 1 winners.”

“In the Randwick Guineas I clearly recall from his outside barrier that he was greatly disadvantaged but then he easily won the Rosehill Guineas 2 weeks later. His bad luck continued when running in the Doncaster after drawing a very wide barrier and enduring a tough run with replacement rider Andrew Adkins aboard, after his regular rider Hugh Bowman became indisposed earlier in the day after a race fall. D’Argento still managed to run fourth in the race coming from back of the field where he clearly should have been fighting out the finish. The next preparation D’Argento continued to run well and was narrowly beaten by the barest of margins right on the line by Hartnell in the Epsom. When you consider he probably should have won a Doncaster and Epsom it certainly would have made him into a high-profile stallion, but his performances in both races again highlighted his talent. After that he never quite was the same horse. I will certainly be supporting and helping to promote D’Argento as a stallion.”

Champion jockey Hugh Bowman who partnered D’Argento in three of his four wins also spoke exceedingly highly of him. “I vividly remember the first time I rode D’Argento in a barrier trial at Rosehill before his first race start. I was immediately impressed with his temperament and the way he moved. In fact, he reminded me of his sire. D’Argento went on to show the heart and courage required at Group 1 level when we won the Rosehill Guineas together.”

After winning his first three starts, two of them as a 2-year-old, trainer Chris Waller held the horse in such high regard, that D’Argento’s remaining races in his 3 and 4-year-old seasons were all to be at Group 1 and Group 2 level. Racing in the best of company he met and defeated high class Group 1 winners Trapeze Artist, Pierata, Kementari, Humidor, Prized Icon, Ace High, Vin de Dance, Tosen Stardom and Furore.

As a 3-year-old D’Argento was assigned an annual Timeform rating of 120+, the “+” indicating the horse may be better than actually rated. In a particularly strong crop of 3-year-olds, his 120 rating was the same given to the likes of Merchant Navy and Pierata. D’Argento retires as So You Think’s highest ever rated performer. So You Think, a ten times Group 1 winner and Australian and NZ Hall of Fame inductee, has been an instant success at stud. He currently ranks in the top ten leading active stallions at stud in Australia. Bred by Gerry Harvey’s Baramul Stud, D’Argento is out of the 2-year-old stakes winning Redoute’s Choice mare Fullazz.

Randwick Bloodstock’s Brett Howard who has been entrusted with presenting D’Argento for stallion duties commented, “I’ve spent considerable time watching D’Argento’s races and trials. He could have easily been a triple Group 1 winner. D’Argento raced against the crème de la crème and just did not know how to run a bad race. He had a fabulous turn of foot and an abundance of courage. Once stud masters have reviewed his races, I will be surprised if they are not similarly in awe of just how good this horse really was.” 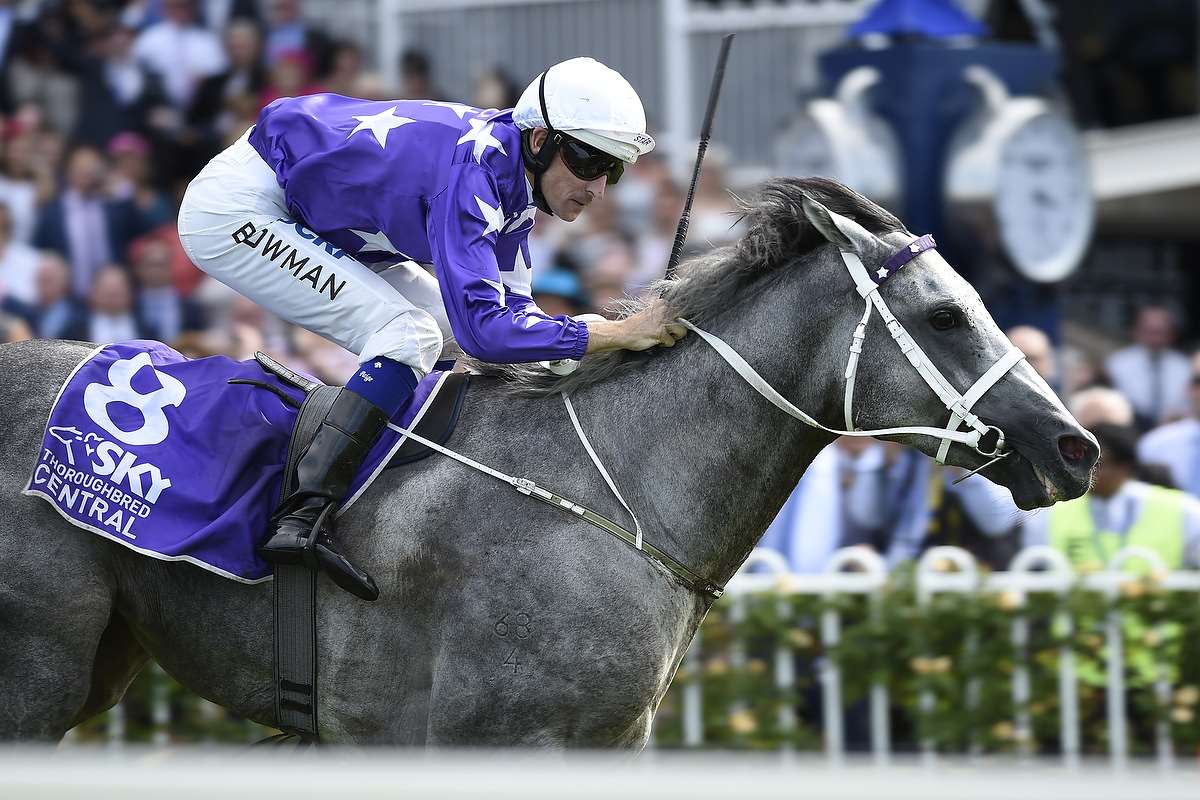