Star Thoroughbreds syndicator Denise Martin has suggested that counting restricted races like the $2million L. Inglis Millennium should count as “Saturday level” prizemoney when it comes for qualifying for the G1 Golden Slipper.

If the Star Thoroughbreds colt Accession (Brazen Beau) overcomes a wide draw in Saturday’s sales-restricted feature at Warwick Farm he will have tallied more than $1.5 million in prizemoney, yet trainer Chris Waller will still need to search for another win to push his horse up the order of entry for the $3.5 million Slipper.
That’s because stake money earned in sales-restricted races does not count towards the Golden Slipper order of entry but there is a growing school of thought that it should, especially now that sales races can qualify horses for the G1 Blue Diamond Stakes.

“I think a solution would be that the big sales races like the Millennium should count for at least the same as a Saturday Sydney win,” Martin told TDN AusNZ. “These races draw together good horses that are looking to develop into top performers. There is great money for the Millennium, but with that race not currently counted, many of the horses need to race again to make the Slipper field. I think it should be worth Saturday-level prize money, at least, the bottom line is that we want to see the best horse reach the Golden Slipper.”

“These races draw together good horses that are looking to develop into top performers.” – Star Thorougbreds’ Denise Martin

Martin’s comments come after Inglis managing director Mark Webster indicated he would speak about the issue with Racing NSW and the Australian Turf Club in the coming weeks. “I think it is worth considering the first place getters of the major auction house races such as the Inglis Banner, Nursery and the new Millennium as well as the Magic Millions prize money counting towards the Golden Slipper,” Webster told the Sydney Morning Herald.

Regardless of whether Accession can qualify or not, Martin believes the youngster will get better with age, and hopefully one day emulate his sire and stand at stud.
“He is just like his sire Brazen Beau, and just as he came into his own as a 3-year-old, I am hopeful Accession will blossom as a 3-year-old,” she said. “Accession is just a beautiful colt with the most wonderful attitude. That is the mark of a high quality horse, the best horses have the best attitude. There is no hidden agenda with them; they just want to do what they are asked to do. They are willing and that goes a long way to ensuring a talented 2-year-old performs to the best of their ability. He will need a G1 win if he is to become a stallion and if he wins on Saturday then he is heading in the right direction.”

“He is just like his sire Brazen Beau, and just as he came into his own as a 3-year-old, I am hopeful Accession will blossom as a 3-year-old.” – Denise Martin

After winning the Inglis Nursery in mid December, Accession returned from a break with an authoritative performance at Rosehill on January 19.
“He has improved markedly with each run,” said Martin. “After James McDonald rode him last start, he told us he felt like a rocket. He has a lovely daisy-cutting action and he just did it on his own. He just naturally accelerated and was enjoying himself in the process. Provided he has come on from that last run then, wide barrier or not, he is one of the major chances.”

Big day for Star
The famous Star Thoroughbreds colours will be carried in both of the day’s feature races, with smart filly Fiesta (I Am Invincible) resuming in the $1 million L. Inglis Sprint. Fiesta won the G2 Silver Shadow and was a G1 Flight Stakes second to Nakeeta Jane (So You Think {NZ}) in the spring and will have a host of rich fillies race options in the coming months.

“We are thrilled with her progress and she has some fantastic options ahead of her.” -Denise Martin

“We are thrilled with her progress and she has some fantastic options ahead of her,” Martin said. “I think it’s important to keep them against their own age and sex, if possible, but it’s not hard to do with the tremendous prize money available. This is a great opportunity to kick off her campaign racing for $1 million dollars against 3-year-olds.”

Martin will no doubt be among the throng of buyers that will descend on the Riverside complex after the raceday for the opening night session of the Inglis Classic Sale.
The top syndicator is a massive fan of the way Inglis has grown its sales races into a full day featuring millions of dollars worth of prizemoney.

“It’s a wonderful concept and I am sure as the raceday evolves it will become a very significant feature on the racing calendar,” she said. “The complex itself is remarkable and it was a great initiative from the Inglis team to relocate and give themselves an opportunity to expand. 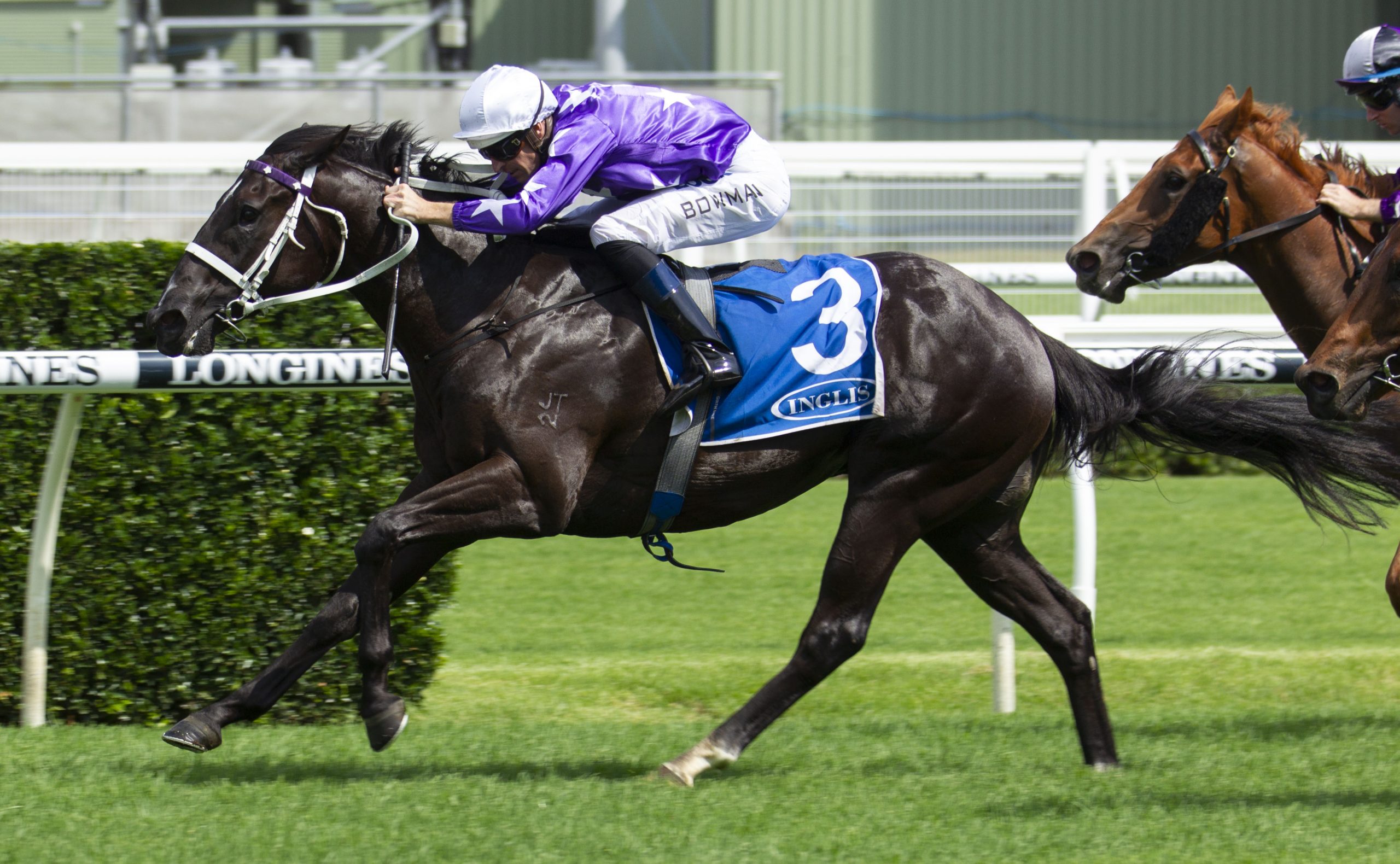