Naming a horse OLYMPIC can be a great idea, but the weight of expectation about whether he or she will be a gold medallist or in fact no medallist at all, can often be a topic of conversation. Our 3 year old gelding (by Medaglia D’Oro (USA) which translates to gold medal) who bears this name has not especially shown up in this level of competition at least until now, but on Saturday at Yarra Valley he won in the manner of a horse who may actually have a future as a staying prospect. The gelding was bought at the 2018 Inglis Easter sale and whilst always appearing to be a staying type of horse, he didn’t particularly present as a talented later 2 year old.

With Irish jockey and former champion apprentice in the UK Martin Harley aboard, OLYMPIC travelled in a fairly leisurely fashion through the first two thirds of the 1,950 metres maiden until his rider took great initiative and said “go” and that the gelding did in fairly impressive style, circling the field to go on and win by a widening 4 and a quarter lengths. Winning in such an eye catching manner was interesting for several reasons; the gelding appeared to handle the heavy 8 conditions and the further he ran, the further he left the other runners in his wake. Maybe he will make his way to the gold medal spot on the podium after all. In the words of the race commentator OLYMPIC “in the Star Thoroughbred’s colours wins it brilliantly”..and he did! 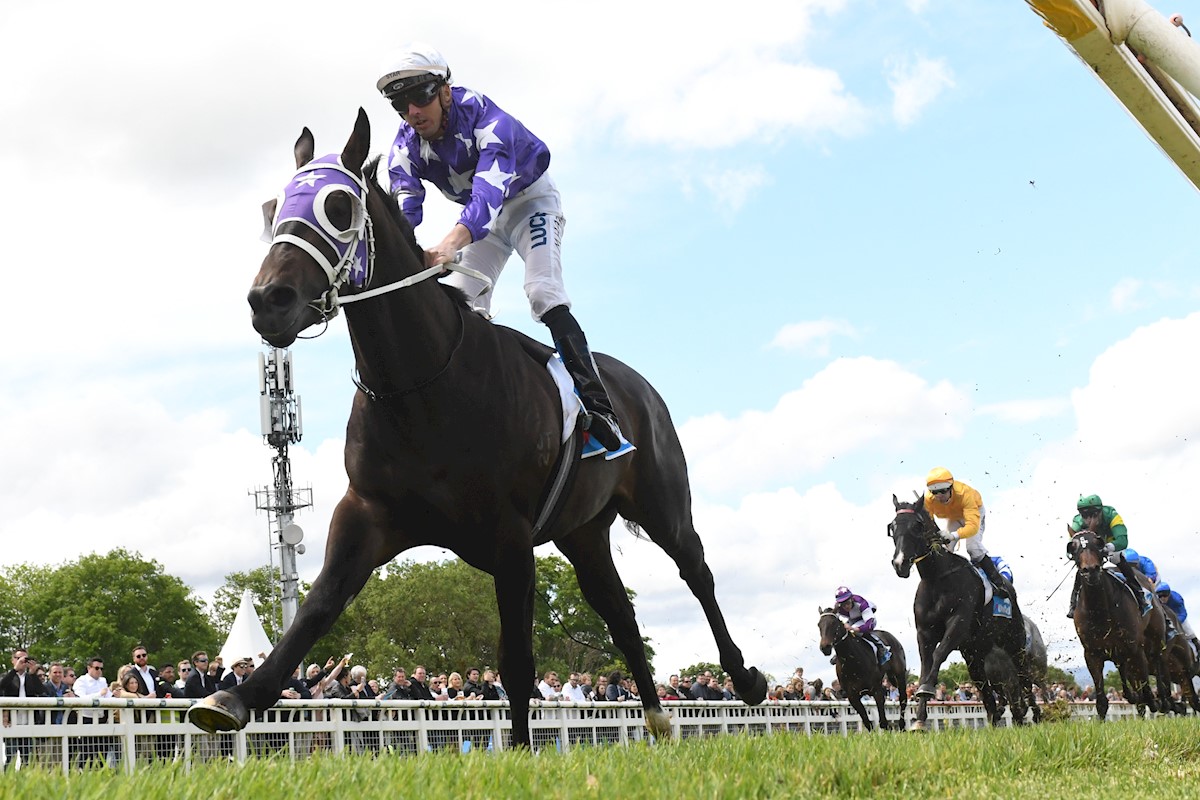