In a remarkable coincidence KUBRICK won at Doomben on Saturday exactly two years after winning the inaugural running of the $1 million Bondi Stakes at Randwick in the memorable  “paint scraping rails hugging” Brenton Avdulla ride. He has been out of the winners circle all that time and whilst he’s been close to the mark more than once he hasn’t been able to break through for another win.

The application of blinkers most likely ensured KUBRICK focused well and a nicely judged ride by Larry Cassidy allowed the gelding clear running in the straight to produce a good turn of foot to win the 1,615 metres Class 6 in easy fashion. In the words of race caller Josh Fleming “Kubrick …he’s drawn away”. The career earnings for the gelding are now $957k so he has clearly been a great prize money earner for his owners and as Larry Cassidy said post race “at no time did he give me the feel that he wasn’t going to finish the race off and with that confidence boosting effort he can certainly win again”.

KUBRICK may yet become a million dollar performer but most importantly it was very satisfying to see him back in winning form. Thank you to Chris and his Gold Coast team headed by Brett Killian for working so hard to make Saturday’s win happen; it was a big thrill for all of us. 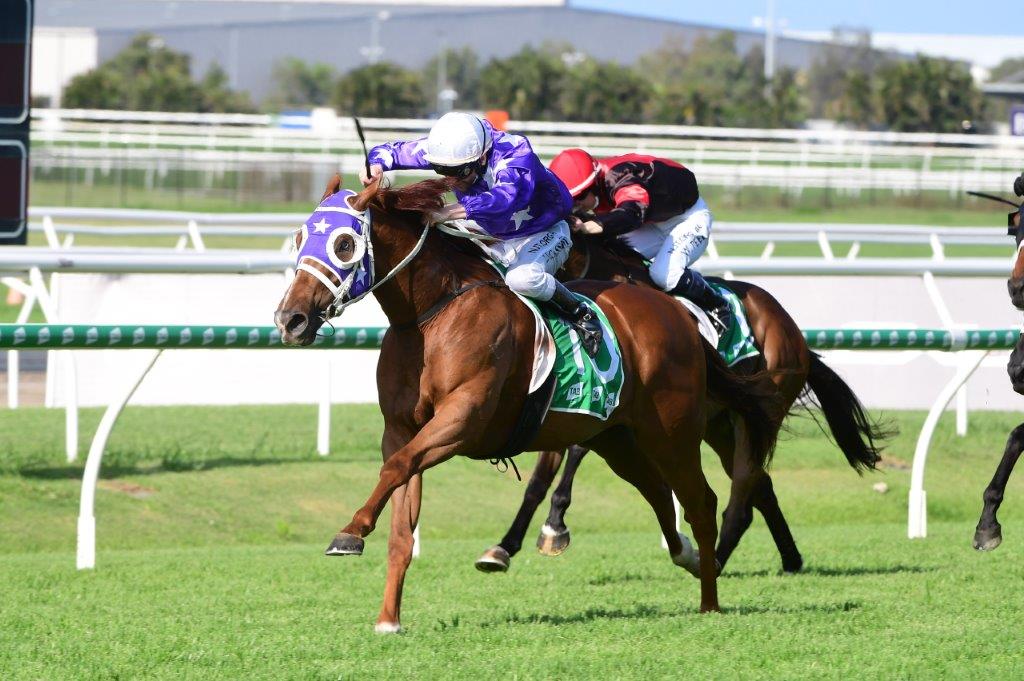