Queensland Oaks Next Up for ONLY WORDS (NZ)

Chris Waller gang tackled Saturday’s Group II ANZ Bloodstock News The Roses at Doomben, and it was the second-longest price of his six runners that saluted.

The daughter of Lonhro’s Group III Gloaming Stakes winner Sweynesse has had seven starts for her new stable. She won at Canterbury on April 7 and showed she would not be out of place in The Roses with a third behind stablemate Grace And Harmony in the Listed Gold Coast Bracelet on May 8.

With Craig Williams in the saddle, Only Words raced on the pace and hung on bravely to defeat the consistent Ocean Park filly Bargain by one and a quarter lengths with the Per Incanto (GB) filly Charms Star a neck back in third.

“Full credit to Only Words. Craig gave her a lovely ride – she was there at the 500m gave a solid kick, and it proved a winning one.

“We joined up with a team in New Zealand including Luigi Muollo who bred the horse. Her previous trainer Clinton Isdale stayed in, so it is a big group.

“I am quite excited by Sweynesse, who raced well in Australia before going to stud in New Zealand. It looks like he can throw a good horse.”

Passed in when failing to make her measly $2,000 reserve at the 2018 Karaka May Sale, Only Words advanced her record to four wins and two thirds from 13 starts with earnings of  $226,997.

She is the best of two winners from three to race out of the winning Darci Brahma mare Jungle Pago.

A daughter of the Group II WATC Karrakatta Plate winner Climb The Vine (Chanteclai), Jungle Pago has a 2yo filly by Jakkalberry (IRE). After missing in 2018 and 2019, Jungle Pago was covered by Jon Snow last spring. 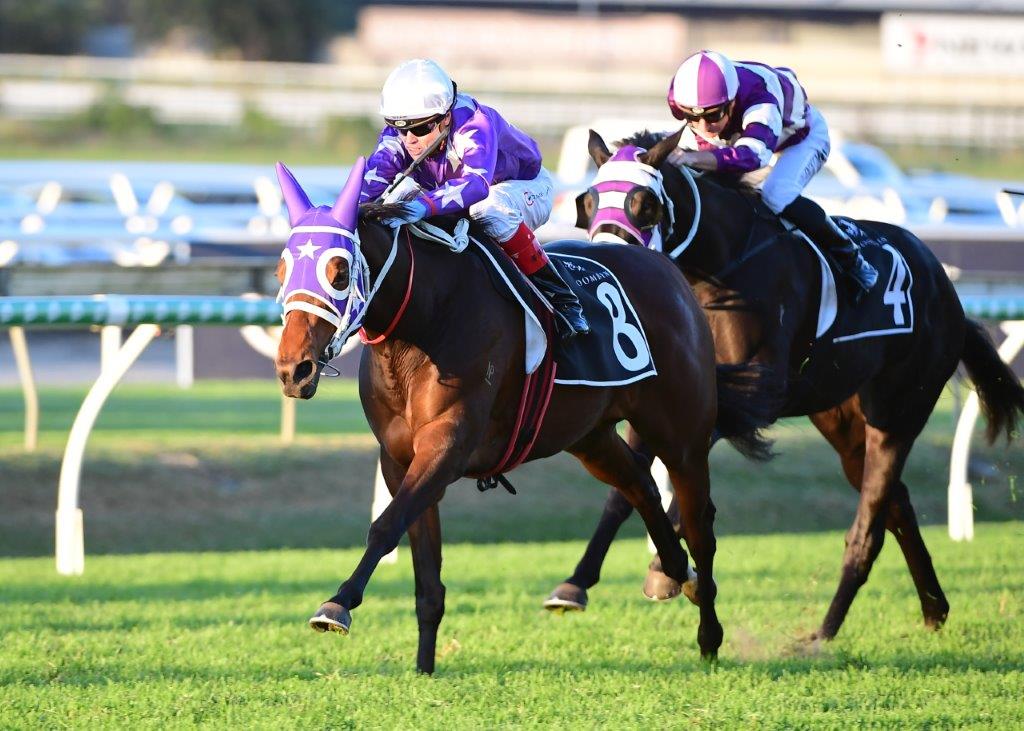