SUR LA MER resumed this preparation with a 2nd placing at the Kensington meeting a fortnight ago and she went one better yesterday with a very smart win as she stepped up to 1,300 metres at Warwick Farm.

The 4 year old daughter of Nicconi jumped on terms from the barriers and was ridden conservatively to find cover in the second last pair on the rail where she travelled with ease. Jockey Hugh Bowman allowed the mare to pop off the fence as the field rounded the home bend and SUR LA MER built nice momentum to track into the straight on the heels of the leaders. She let down really well as Hugh worked her through her gears, skipping away on the heavy 9 track for a 3 lengths winning margin.

SUR LA MER looks set for a nice preparation as she continues to add to her CV and ultimately her residual value as a breeding prospect in the future. The mare is a full sister to Group 1 Blue Diamond placegetter Lankan Star. 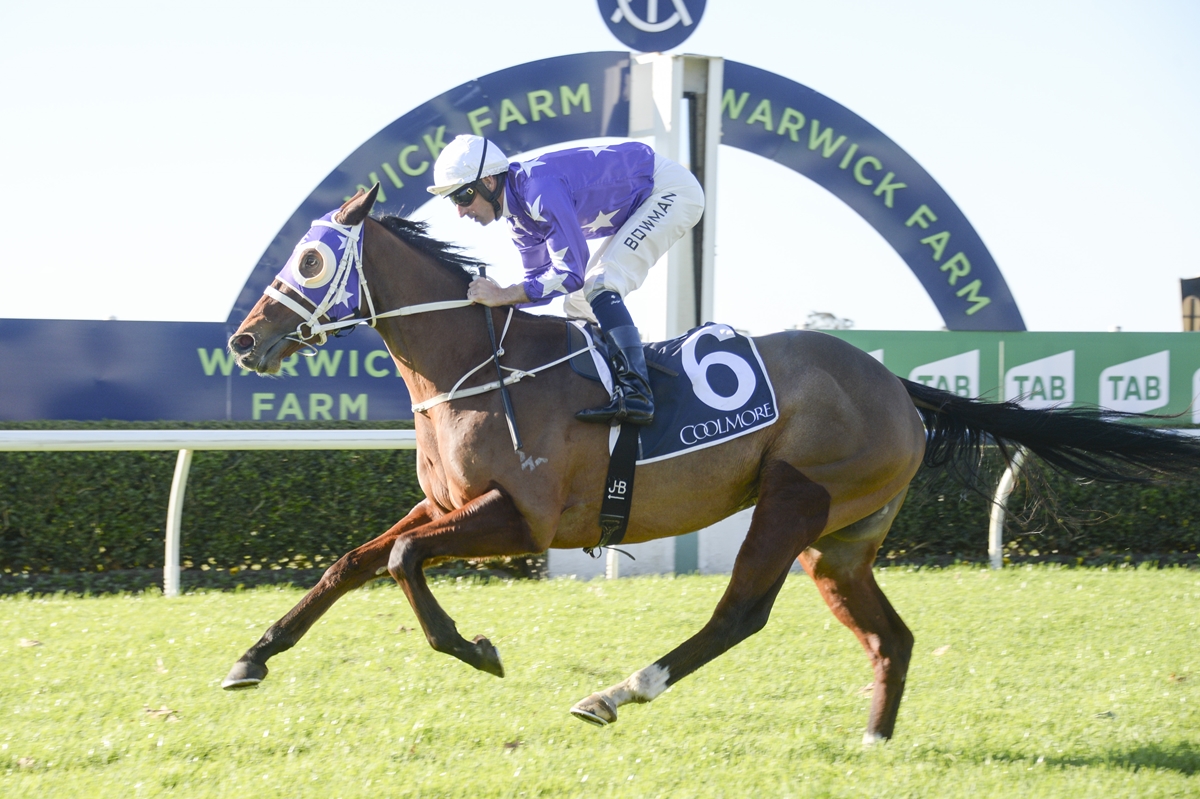