Before we started to inspect yearlings at the 2016 Magic Millions Gold Coast sale I commented to our team that “I’d quite like to buy a grey yearling this year”. On day 1 of our pre-sale inspections we spotted a good looking grey colt by So You Think (NZ). His yearlings were of great interest to intending buyers and we now know some years later that he is doing a great job at stud. The grey colt we spotted was offered by Gerry Harvey’s Baramul Stud and he was very much on our radar from the outset for me to try to buy. Many examinations and a thumbs up from our consulting veterinarian meant that it was all systems go. I was very pleased to be able to buy the So You Think (NZ) – Fullazz colt for $135,000. He was sent to Muskoka Farm and was taken up very quickly when offered in share ownership. Because of his grey colour he was named D’ARGENTO, a reference to the Italian word for silver.

The colt won his first barrier trial just prior to Christmas 2016. He was spelled and returned to the track mid 2017 to win on debut in very eye catching fashion at Newcastle, coming from well back in the field to overhaul the other 9 runners and announce himself as a colt with seemingly some real talent. Next up 2 weeks later it was Hugh Bowman aboard and D’ARGENTO won over 1,500 metres at Rosehill; he ended his 2 year old year winning both starts. He resumed in January 2018 at Randwick and won over 1,300 metres with Hugh again in the saddle. A month later he commenced his journey in “the big league” and ran 3rd to Kementari and Pierata in the Group 2 Hobartville. 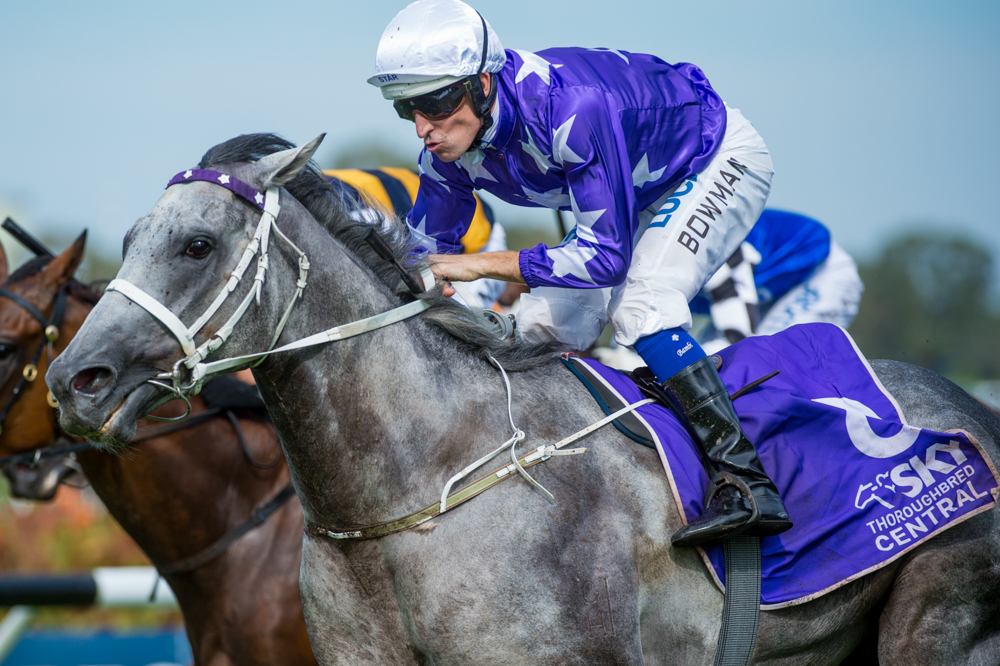 The following month in March he achieved his “crowing glory” when winning the 2018 Group 1 Rosehill Guineas. His effort to run 4th in The Doncaster of 2018 to Happy Clapper coming from last at the turn after drawing the outside barrier, was very noteworthy. A third to Winx (in the Group 1 named after her) and a brave second in the spring of 2018 to Home of the Brave (IRE) in the Group 2 Theo Marks then set the scene for an Epsom start. From barrier 1 James McDonald gave the colt the perfect run and at the 100 metres mark it looked as though the Group 1 Epsom was his, only to have D’ARGENTO run down right on the finish line by the great Hartnell (GB) winner of more than $7 million and multiple Group 1 victories. The very narrow margin defeat was probably one of D’ARGENTO’s finest performances. Recurring injuries curtailed an extended race career and D’ARGENTO has now been retired to stud.

We are very happy that Bowness Stud in NSW under the watchful eye of John North has taken ownership of the horse and all those associated with D’ARGENTO during his racing life wish his new owners great success with him. He brought us great joy and hopefully he can produce quality yearlings with his talent and determination. 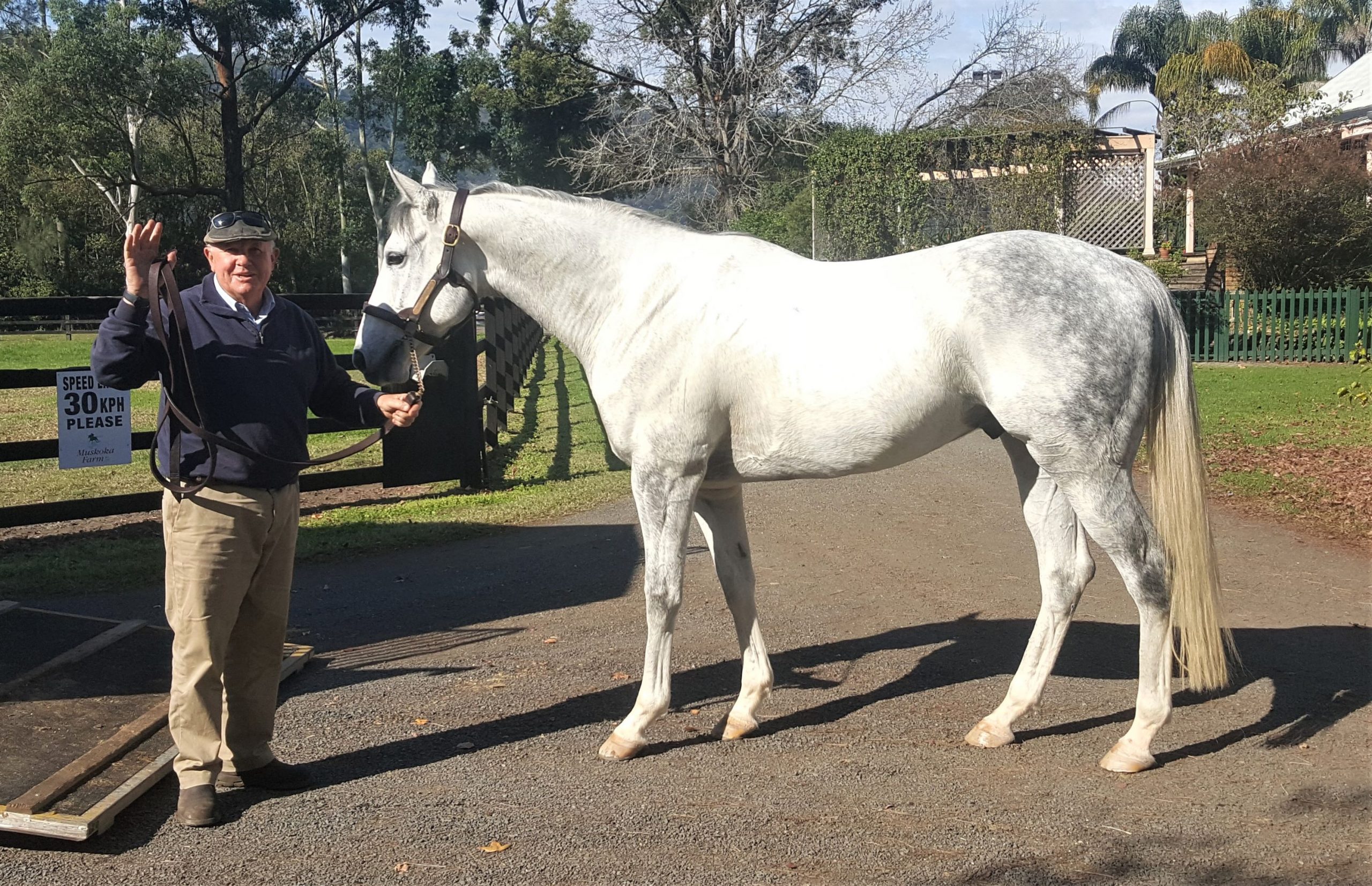 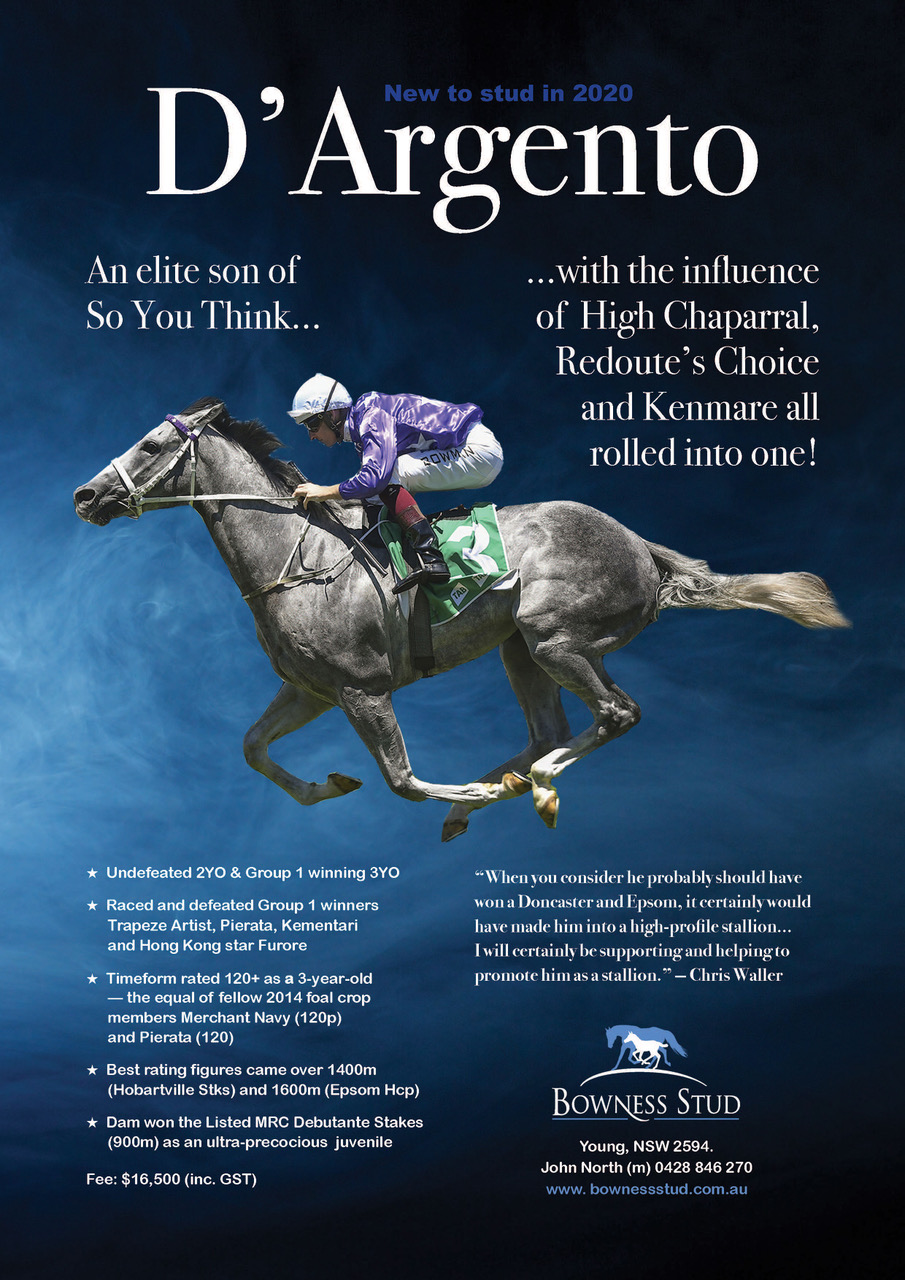 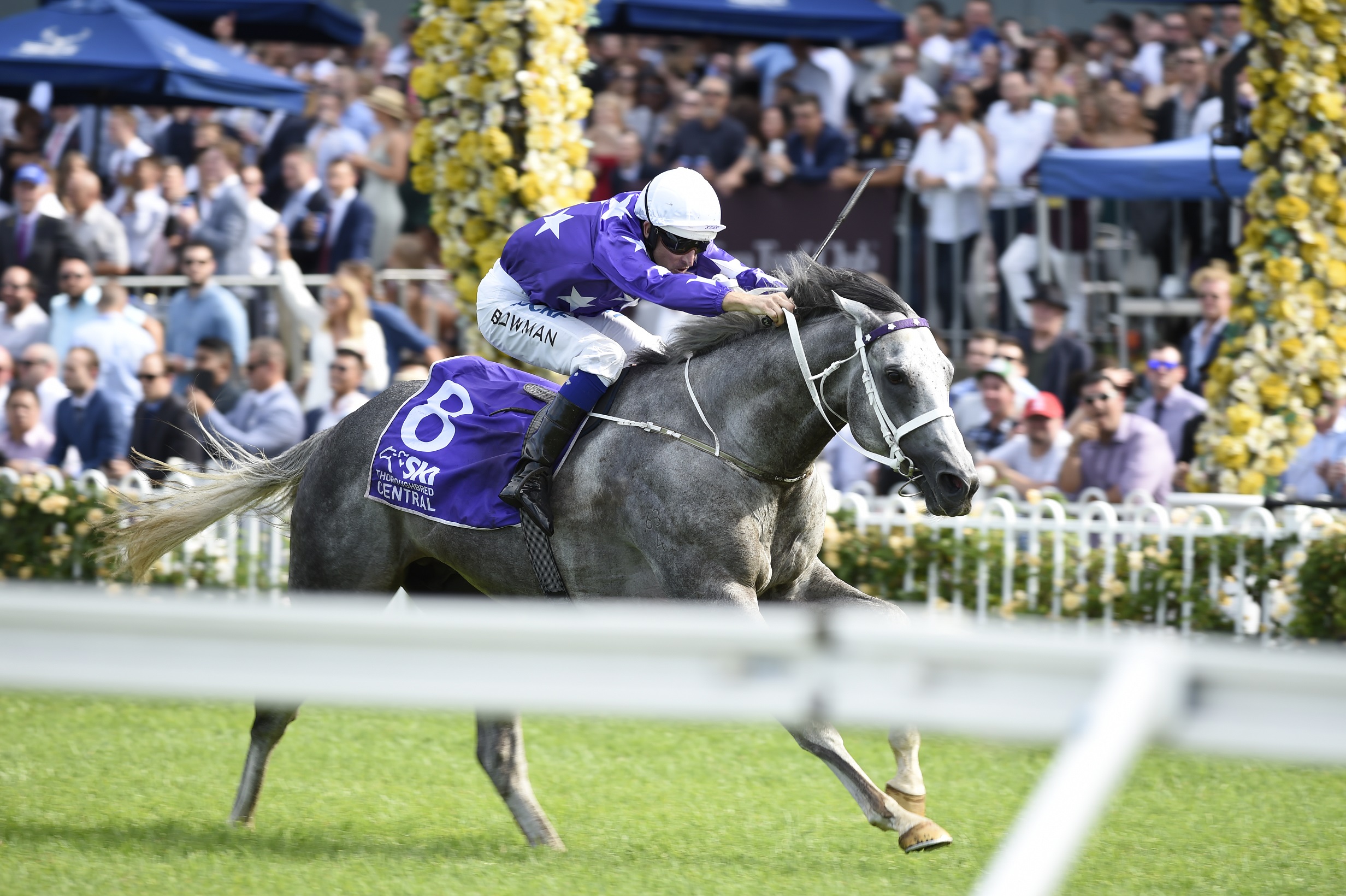