The odyssey is just beginning for KUBRICK

Last Saturday Royal Randwick hosted the inaugural running of the $1 million Bondi Stakes run over 1,600 metres for 3 year olds. Our talented colt KUBRICK made sure that his name remains in the record books as the first winner of the race. With Brenton Avdulla aboard, the son of Shooting To Win jumped cleanly from the inside barrier and travelled just behind the leading group until the field turned into the home straight. That’s when things could have become desperate and shortly thereafter in fact they did. KUBRICK appeared ready to accelerate sharply but at the top of the famous Randwick rise, it looked for a few seconds as though he would have “nowhere to go”. The gap on the fence closed with Brenton obviously anxious to try to find clear running. On cue the colt saw a small gap appear and wanted to take it. Rider and horse were both exceptionally brave to force their way through and within a few strides KUBRICK accelerated quickly and the result was soon evident to those watching intently.

Named after legendary film maker the late Stanley Kubrick with the thought that Shooting To Win (his sire) also refers to movies not only ammunition, the colt looks to have more good wins in store. KUBRICK was a $250,000 purchase at the Inglis Premier Sale from the draft of Two Bays Farm on the Mornington Peninsula. He is well on the way to a successful race career it would seem and Saturday’s win will be followed by a good spell and then a preparation aimed at the Group 1 Guineas in the autumn. 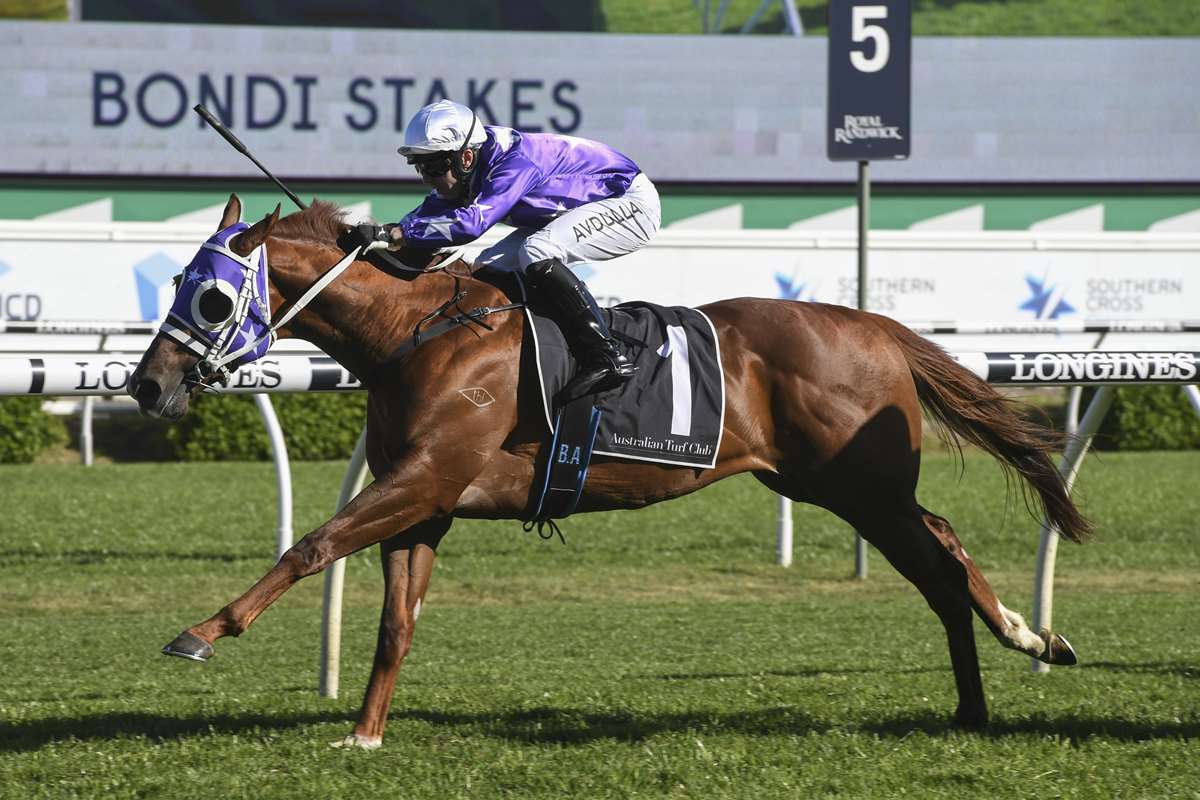