Vale Sebring, ‘the horse of a lifetime’

John Berry celebrates the career of Widden Stud stallion Sebring, who died on Saturday aged 13. The son of More Than Ready was an exceptional racehorse and a proven outcross sire, and his loss will be felt widely throughout the industry.

When it was announced late last year that More Than Ready’s long-standing and hugely successful shuttling career was finally coming to an end and that he would not return to Australia in 2019, the consolation for the local industry was that his Widden-based son Sebring had already proven himself ready to carry the baton.

Furthermore, it seemed safe to assume that, at the age of only 13, Sebring would be able to do so for many years to come. Sadly, that has turned out not to be the case, and the fatal heart attack suffered by Sebring on Saturday afternoon leaves a big hole in the Australian bloodstock landscape.

Bred by Corumbene Stud, Sebring was a son of the Flying Spur mare Purespeed, a half-sister to the 1992 G2 San Domenico S. winner Surtee (Momento). Bought by Denise Martin for $130,000 at the 2007 Conrad Jupiters Magic Millions Yearling Sale and put into training (as was the case in those days with all Star Thoroughbreds horses) with Gai Waterhouse, Sebring proved to be the horse of a lifetime for the Star Thoroughbreds syndicate which Martin put together to race him.
The horse of a lifetime
Having done eye-catchingly well with less expensive purchases, Denise Martin bought Star Thoroughbreds’ first six-figure yearling in 2005. That turned out to have been a very good move as Theseo (Danewin) went on to win five Group One races. Theseo was terrific, but Sebring proved an even better bargain, giving her cause to reflect that the colt turned out to be “the least expensive horse I’ve ever bought”.”

“The least expensive horse I’ve ever bought.” – Denise Martin reflecting on the purchase of Sebring

Sebring’s preparations for his racing career got off to a stuttering start because 2007/’08 was the season disrupted by EI but, even so, Gai Waterhouse had him ready to make his debut over 1100m at Rosehill in the middle of January. He won comfortably and then, four weeks later, handled the step up to listed company in his stride, easily landing the Canonbury S. over 1000m at Randwick. Two weeks later he took the Breeders’ Plate over 1100m at Randwick, slotting himself nicely into Golden Slipper favouritism.

The track came up heavy on Slipper Day at Rosehill that year but neither that nor a change of jockey (Glen Boss was summoned from Hong Kong to step into the breach once Blake Shinn’s appeal against a careless riding suspension had been dismissed) could prevent Sebring from extending his unbeaten run to four, even if he did only have a nose to spare over Von Costa De Hero (Encosta De Lago) at the line.

That was the first leg of the Two-Year-Olds’ Triple Crown in the bag. The second leg was more clear-cut as Sebring defeated Samantha Miss (Redoute’s Choice) by a length in the G1 Inglis Sires’ Produce S. at Randwick a week later. He duly started odds-on in the third leg in another seven days’ time but went down by a head to Samantha Miss in the G1 Champagne S. There was, though, no disgrace in that – particularly not after Samantha Miss won all the major fillies’ races in Sydney the following spring before heading down to Melbourne to take her Group One tally to three by landing the G1 VRC Victoria Oaks.

“Sadly, Sebring did not have the opportunity to show a similar level of dominance at three.” – John Berry

Sadly, Sebring did not have the opportunity to show a similar level of dominance at three. He naturally remained in training during the 2008/’09 season but did not run. He had proved himself a very tough horse during his demanding first preparation at two, but the rigours of that campaign seemingly took their toll. He missed the spring when a bout of bone bruising saw him sent off for a spell; and then a similar interruption intervened when he was nearly ready to resume in the autumn.

Stud career a no-brainer
Widden had bought a controlling interest in the colt at the end of his two-year-old campaign in a deal which valued him at $30,000,000. That, on top of his earnings of $2,537,060, meant that the Star Thoroughbreds syndicate had hit the jackpot as well as having had thrills to last a lifetime.

It also meant that it became a no-brainer to draw stumps on his racing career and prepare him instead for the 2009 breeding season, in which he would become the fifth Golden Slipper winner (following in the hoofprints of Todman, Vain, Marscay and Stratum) to stand at the historic tract of Hunter Valley horse-heaven.

Sebring’s stud career has been everything that one might have hoped, short of emulating Vain and Marscay (and Bletchingly, another of Widden’s greatest residents of the modern era) by winning the General Sires’ Premiership. (It is not, of course, impossible that he could achieve that feat posthumously at some point in the next few years).

“Sebring’s stud career has been everything that one might have hoped.” – John Berry

He proved to be a very successful stallion from the outset, finishing third behind his ill-fated fellow Widden inmate Northern Meteor (Encosta De Lago) in the first-season sires’ premiership in 2012/’13, with his 16 winners headed by a trio who scored in stakes company: Criterion (NZ), Dissident and Bring A Ring. With wins in the Black Opal S. in Canberra and the G2 Todman S. at Rosehill, Criterion was clearly the star, but Dissident’s win in the Blue Diamond Preview S. at Caulfield marked him too down as a colt of great potential.

Sire success
Sebring topped the second-season sires’ table in 2013/’14, his stock’s seasonal earnings of $6,699,372 placing him over $800,000 ahead of runner-up Northern Meteor. Criterion’s victories in the G1 Rosehill Guineas and G1 AJC Australian Derby, as well as Dissident’s win in the G1 Randwick Guineas, were his stand-outs; while his second batch of juveniles were headed by G2 Magic Night S. heroine Bring Me The Maid, G2 Sweet Embrace S. victrix Believe Yourself and G3 Thoroughbred Breeders’ S. winner Clifton Red.

With only three-year-olds and two-year-olds representing him, Sebring ended that term in 12th place in the General Sires’ Premiership. In 2014/’15, with just three crops running for him, he did even better, finishing third behind Fastnet Rock and Exceed And Excel in the premiership (as well as, obviously, heading the third-season sires’ table by a wide margin, again holding a clear lead over Northern Meteor).

Dissident, that season’s Horse of the Year, was his star, taking the G1 Memsie S., G1 Makybe Diva S., G1 C. F. Orr S and G1 All Aged S.; while Criterion enjoyed a massive payday in the G1 Queen Elizabeth S. in the Championships at Randwick.

Since then, Sebring has consistently hovered in the upper reaches of the General Sires’ Table. He finished ninth in 2015/’16, when Criterion’s victory in the G1 Yalumba Caulfield S. was the highlight, while G2 VRC Sires’ Produce S. winner Seaburge headlined his juveniles. In 2016/’17 he finished sixth, with G1 Australasian Oaks and G1 Queensland Oaks heroine Egg Tart leading the charge. Furthermore (although it obviously did not help his cause in the Australian sires’ premiership) his excellent sprinting son Lucky Bubbles landed the G1 Chairman’s Sprint Prize in Hong Kong in May 2017.

Last season Sebring finished seventh in the premiership, his stock particularly shining at the Brisbane Winter Carnival where Egg Tart again excelled, taking the G2 Eagle Farm Cup and finishing second in the G1 Doomben Cup, while Sedanzer was an easy winner of the G2 Brisbane Cup.

He is currently lying seventh in this season’s premiership (and fourth by winners) thanks to the likes of G1 Thousand Guineas, G2 Edward Manifold and G3 The Vanity S. heroine Amphritite, G2 Sandown Guineas winner Ringerdingding, and G2 Roman Consul S. winner Sesar.
A sad loss
Sebring has died at the height of his powers. He covered 199 mares at a fee of $66,000 during the past breeding season, so his story is far from over. It would be lovely to think that a posthumous General Sires’ Produce might well turn out to be one of its chapters. Additionally, notable post-scripts should be written by his sire-sons such as Dissident as well as the G3-winning, G1-placed Supido, who joined the Widden roster last year.

“Sebring was the horse of a lifetime, as a racehorse and stallion. He changed lives.” – Widden’s Antony Thompson

Sebring’s sudden death on Saturday afternoon came as a shock to anyone who respects a high-class horse, and particularly to all at Widden, where he was both loved and revered.

Antony Thompson summed him up perfectly: “Sebring was the horse of a lifetime, as a racehorse and stallion. He changed lives. It’s been a privilege to stand him at Widden, and we are incredibly grateful to everyone who has supported him throughout his career and given him the opportunity to succeed in the way that he has… Sebring was a horse with a great personality and character who touched all of those around him. He was fun, energetic and playful, which is how we will remember him.” 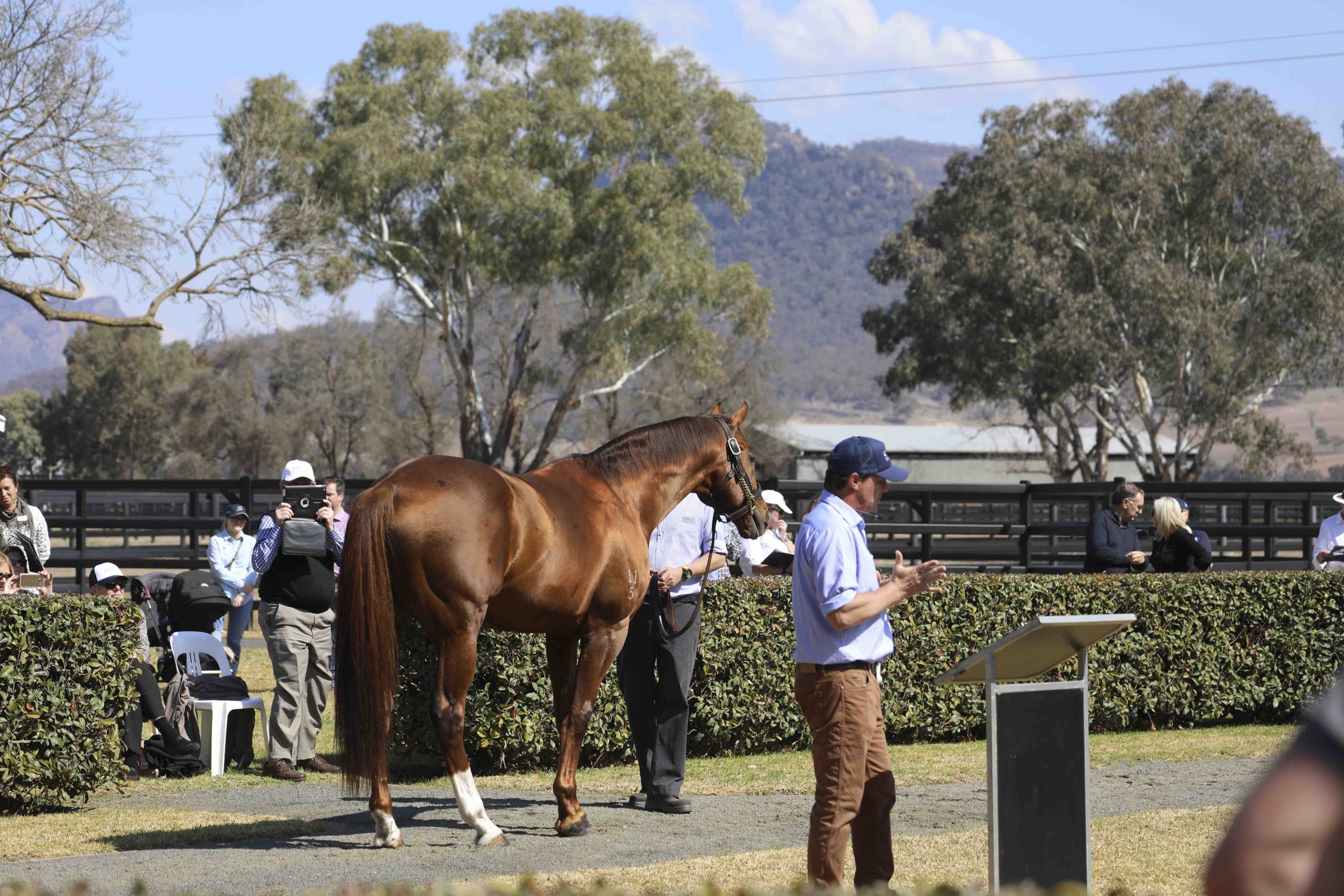